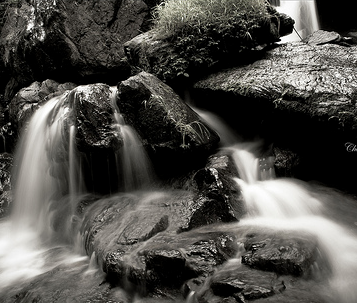 This past weekend, Twitter co-founders Evan Williams and Biz Stone spoke at Startup School. Before they took the stage, they met up with Y Combinator’s Paul Graham and came up with a great idea: A deal to ensure that Y Combinator startups working on Twitter-related projects have priority access to the tweet stream, as well as access to Twitter’s team.

The idea led Graham to delay the application deadline for YC Winter 2010 startups for two days, so they could release two new Requests For Startups (RFS), YC’s recently announced program that gives applicants basic big picture ideas from which to form startups around. One of these new RFSes is obviously to build something on top of Twitter. Here’s the description:

Twitter is important because it’s a new protocol. Fundamentally it’s a messaging protocol where you don’t specify the recipients. It’s really more of a discovery than an invention; that square was always there in the periodic table of protocols, but no one had quite hit it squarely.

Successful new protocols are rare. There are only a handful of commonly used ones: TCP/IP (the Internet), SMTP (email), HTTP (the web), and so on. So any new protocol is a big deal. Each one of those protocols has spawned many successful companies. Twitter will too.

We want to fund those companies. And the people at Twitter also want to encourage people to built stuff on top of it. So together we came up with a plan: anyone YC funds to do a startup based on Twitter will get priority access to the Twitter stream, and to people at Twitter.

And the access to the Twitter team may be even more vital. Twitter is in the process of rolling out several new APIs for new features it is working on like Lists, Retweets, and Geolocation. Having face time with Twitter’s team for these types of things could certainly help YC startup build some great tools on top of the platform.

On the flip-side, Twitter will see a group of hand-selected startups that at the very least have interesting ideas for what to do with the platform.

Alongside the new Twitter RFS, Y Combinator is also announcing a RFS for live video. This is the result of a similar partnership (as the Twitter one) with Justin.TV that will give YC startups that work on this RFS the best access to Justin.TV’s stream, as well as access to the company’s founders and engineers.