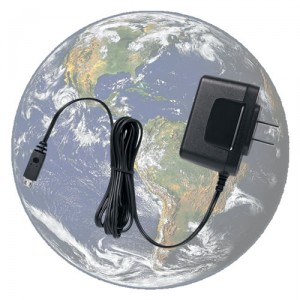 The International Telecommunication Union (ITU), aka the telecomm branch of the United Nations, has recently approved a standard for a universal phone charger. The standard is based on the GSM Association’s earlier suggestion for a Micro-USB-based universal mobile phone charger.

This is really good news for anyone who has been following the ‘universal phone charger‘ story. The ITU joins the GSMA and the CTIA, which jumped on board earlier this month, in making a universal mobile phone charger that much closer to becoming a reality. Hooray for cooperation!

According to the ITU:

Every mobile phone user will benefit from the new Universal Charging Solution (UCS), which enables the same charger to be used for all future handsets, regardless of make and model. In addition to dramatically cutting the number of chargers produced, shipped and subsequently discarded as new models become available, the new standard will mean users worldwide will be able to charge their mobiles anywhere from any available charger, while also reducing the energy consumed while charging.

Not only will the new universal charger be more convenient and save consumers (some) cash, but they are also more environmentally friendly. Malcolm Johnson, Director of ITU’s Telecommunication Standardization Bureau (TSB), said: “This is a significant step in reducing the environmental impact of mobile charging, which also has the benefit of making mobile phone use more straightforward.” The new, universal chargers are based on the Micro-USB interface, and will include a 4-star or higher efficiency rating – up to three times more energy-efficient than an unrated charger.