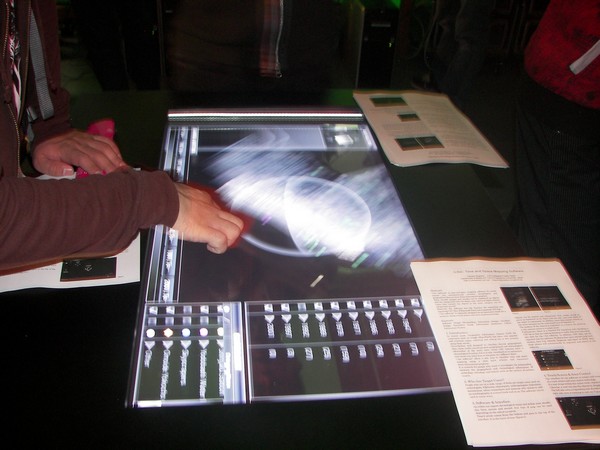 The Tokyo Polytechnic University has showcased c-loc at this year’s Digital Contents Expo, a spectacular mapping software for “time and space” that runs on a touch screen. The technology looks super-futuristic, and it not only works but is actually useful, too.

The idea is to visualize geographical and chronological data via 3D graphics and let users easily access and alter the data they see via a touch screen. c-loc can cover text-based information, images, sounds and videos. You can use it to visualize how a certain building (space) evolves over the years (time), for example. The makers target archeologists, historians, urban researchers and others with their product.

Here are two videos I took of the mapping software in action at the event yesterday.