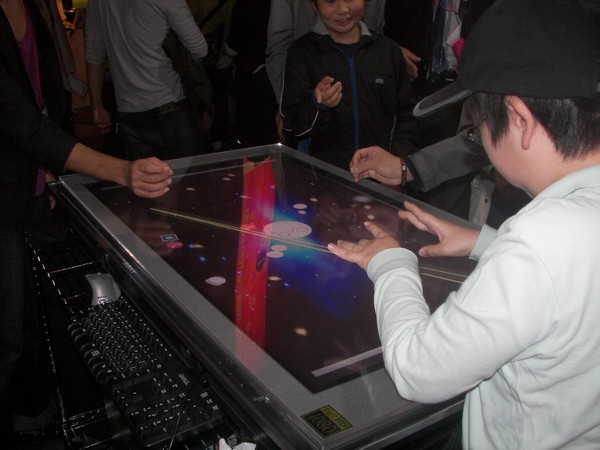 The Koike Laboratory from the University of Electro Communications in Tokyo was responsible for one of the most spectacular booths at the Digital Contents Expo that ended in Tokyo yesterday. They developed an “augmented tabletop video game with pinching gesture recognition”. The device is basically a touch screen running an action game.

The game has been around for a while now, but the latest version I saw at the event was just awesome.

Just have a look at the video I took at the expo yesterday.
http://blip.tv/play/hMQ5gaqaPwI%2Em4v