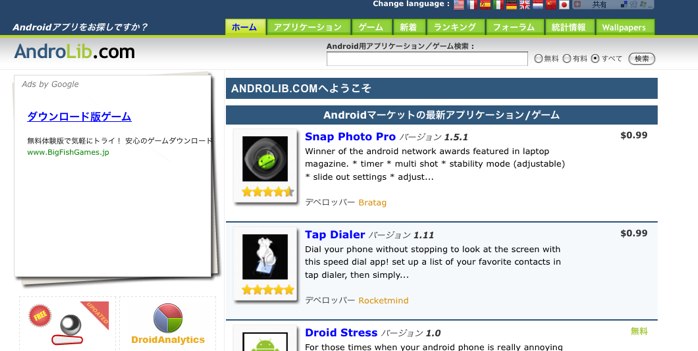 The first Android-powered phone launched in Japan last June. Users were able to access free apps on the Android Market, with paid apps to become available at a later point. Paid apps for U.S. users came to the market in February. Now it appears that paid apps have finally come to Japan.

As we wrote in May, the country’s largest telecommunications company, NTT, has picked up the rights to distribute the first mobile phone that uses the Android OS in Japan. The first paid apps hit the Android Market today for Japanese users. The apps are listed on the Japanese version of AndroLib, which lists applications and games for Android for various countries.

Android stands to be a huge deal in Japan, and we hear that 25 to 30 percent of AndroLib’s visitors are from Japan, which could make the availability of paid apps in Japan a large market opportunity for developers. Of course, the Android market generally pales in comparison to that of the iPhone ecosystem, but it’s safe to say that the Google-OS-powered phone is growing in use.

Thanks to AndroLib for the tip.