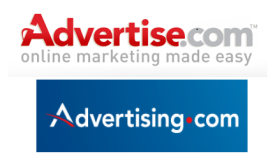 Well, a preliminary ruling came out last week when the U.S. District Court for the Eastern District of Virginia granted the startup’s motion to transfer the case over to California, where Advertise.com is headquartered and where AOL boasts multiple offices.

We got our hands on the court documents (embedded below), which conveniently reveal some previously undisclosed numbers about Advertise.com’s current and projected revenues.

The transcripts of both motion hearings are interesting, because part of them reveal how much money Advertise.com – which is what ABCSearch rebranded itself to back in April 2009 – is making with its digital marketing platform / online ad network.

At one point during the first hearing on September 18, the transcript shows the court asked Advertise.com’s counsel about the size of his client’s business:

The Court: I don’t know much about your client. How big is your client?

MR. SELESNICK: Your Honor, they’re expected to — this year I think their projected revenue is about $25 million.

THE COURT: Well, compared to AOL then, I mean, it’s a little bit of a David and Goliath, although again, it’s not a mom-and-pop shop, either.

During the other motion hearing on October 9, it was also revealed that Advertise.com made a grand total of $44,000 from its activities in the Commonwealth of Virginia during 19 months of operations.

This may look like a minor victory for Advertise.com from the outside, but when you consider the few resources the startup has compared to AOL, they must have been pleased not to have to litigate on the other side of the country if just for the extra travel costs and other inconveniences. The reason America Online wanted to have the lawsuit in the state of Virginia in the first place was because it’s a so-called rocket docket, a district that has an accelerated timetable and that strictly adheres to deadlines, resulting in speedier disposition of cases than most other districts.

We should note that when we contacted Advertise.com to double-check the $25 million projected revenue figure, its outside PR representative Ann Shannon of Pan Communications asserted “that figure is inaccurate,” but wouldn’t comment any further.  So either Advertise.com’s lawyer didn’t know what he was talking about and misled the court in a material fact which resulted in the lawsuit being moved to a more favorable venue, or Advertise.com’s PR person doesn’t know what she is talking about.  We’re going with the lawyer.

http://viewer.docstoc.com/
2009-10-09 Transcript re Defendant’s Motion to Dismiss or Transfer Venue –