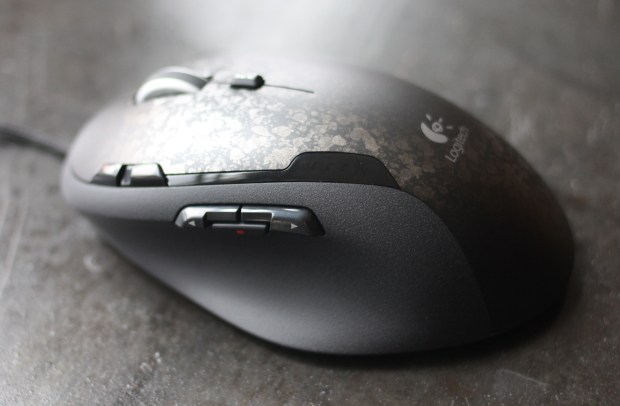 Although I’ve been taking my time getting used to this mouse, this is a pretty straightforward review. Reason being that Logitech is an established and reliable brand for mice so we can skip the foreplay. You know as well as I do that this mouse is well-built and has excellent support. The shape of the mouse, while it’s been smoothed out over the years, is similar to my old wireless MX700 and several other popular mice in the Logitech line; if you haven’t held one in your hand, you’ve missed out on one of the better mouse form factors out there.

The changes in the G500 aren’t really breathtaking: new style, updated sensor… that’s pretty much it. To be honest, there wasn’t too much to improve on, but they did what they could and this is an extremely polished piece of hardware. As you no doubt have heard, it goes up to 5700DPI, DPI being the yardstick for measuring mouse performance these days. Really, that’s not as important in a mouse as the feel of the unit, and Logitech nails that as well. 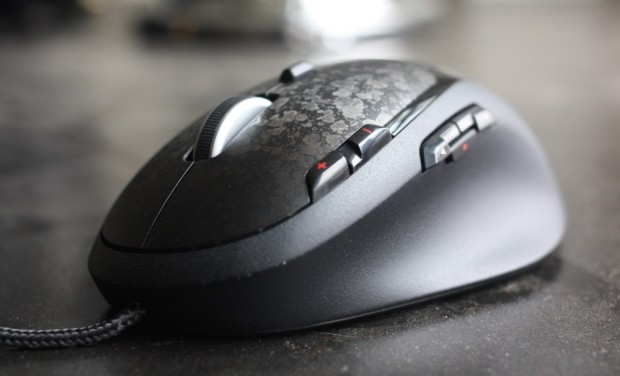 It boasts 10 programmable buttons, but like most mice you’ll have a few of those tied up right away in your usual mouse functions and sensitivity control. The three thumb buttons are placed somewhat questionably — I mean, they’re under your thumb, but your thumb moves naturally up and down along the mouse, not back and forth, so I’m always confused when mouse makers put the buttons in a from from back to front. The Microsoft Sidewinder series got this right but few others do.

The scroll wheel, as I’ve often said in the case of other Logitech mice, is excellent. The scrolling is nearly frictionless and can be lightning quick — if the program or game can handle it. There are a few quirks to learn, like how you have to configure things differently if you’re using the “notched” wheel setting or the “free” one — and also, you will forget that it’s spinning occasionally and move your mouse to something else, causing that window or dial to rocket in whatever direction you were scrolling. It rocks right and left, which gives it a wobbly feel I don’t like, however; I much prefer the extremely solid feel of the wheel on Razer mice.

The sensitivity up and down buttons looked to me like they’d get in the way, but I’ve never hit either on accident. Switching mouse sensitivities is easy and instantaneous.

The mouse itself is attractive and of course the shape is beyond reproach, having been pretty much perfected over the years. It now has a pleasantly rough surface where you grip it, which also seems to resist the grime and sweat that inevitably end up there. Or maybe I’ve just been washing my hands more, I don’t know. Whether I actually prefer it over the also-proven Mamba/Death Adder shape is hard to say. These are the premier mice in the world, and it’s really not an easy call — so I’m just not going to make it. It comes down to personal preference. 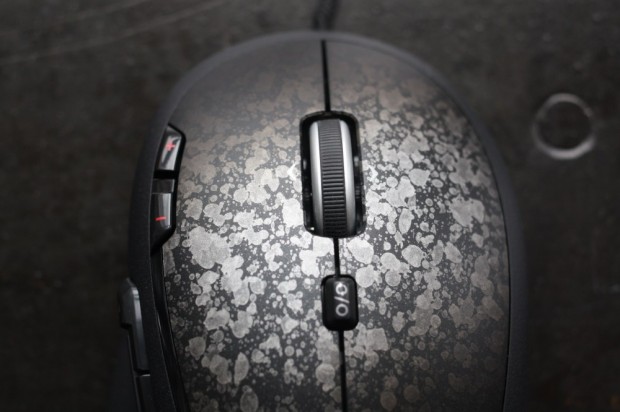 It also has weight cartridges, which seem to be all the rage these days. I don’t find much utility in changing the drag coefficient on my mice, but if you like changing out weights, it’s very easy on the G500.

The mouse performs wonderfully. After my Mamba got its issues settled I thought I’d find other mice less comfortable, but the G500 has been surprisingly easy to get used to. I actually like the placement of the sensor better; Razer tends to put theirs dead center on the mouse, but the G500 has it directly underneath the scroll wheel, producing more natural movement in my opinion. 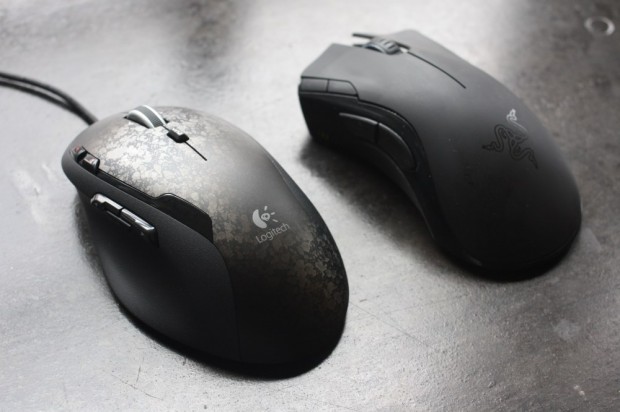 While having five sensitivity states is nice, it’s still not quite the level of customization made available by Razer’s on-the-fly sensitivity, which essentially has 20 states within easy reach. You can work that issue out with game profiles and stuff, but I try to keep it simple. The config utility gets the job done, though it’s not much for looks: 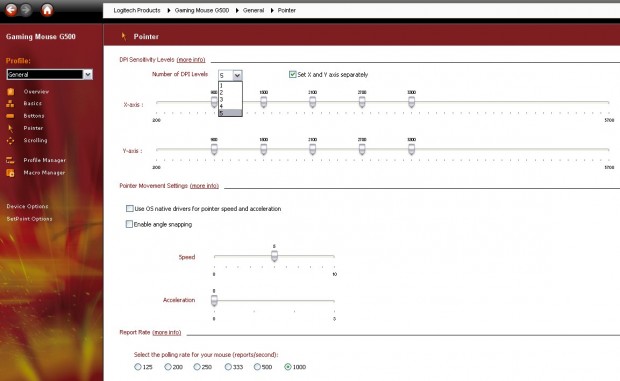 I never had any trouble with the cursor skipping, though it would occasionally pick up table and floor vibrations as jitter when the mouse was stationary, resulting in *gasp* the controls coming on screen during a movie. Not really a big deal.

This is a bit of a nitpick, but the “double-click” you can assign to a button is pretty sluggish. What’s the point of assigning double-click to a button if I can double-click faster than the macro? It’s led to quite a few accidental moving of files and that sort of confusion.

What we’ve got here is an absolutely excellent mouse. If you want a wireless mouse, I still recommend the Mamba, but the G500 can stand up to Razer’s flagship any day. It’s comfortable, feels like it’ll last for a long time, and it works like a charm. What more do you want? If you’re not sure whether it’s the right shape, I recommend as always going to your local Best Buy and giving the mice there a feel.

You can find a G500 for under $70, which I think is a great deal. If you were thinking of coming back to the Logitech stable from Sidewinder or Razer, this is a good time.