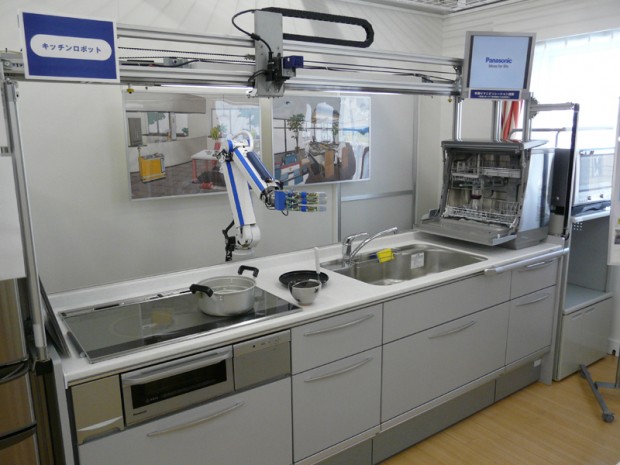 We have reported about a number of household robots from Japan in the past. Those machines covered areas like preparing sushi or pancakes, cleaning the house or the toilet. Last December, we reported about a kitchen robot that’s able to do your dishes without breaking them. And today, Panasonic showcased an updated version of that very robot in Tokyo.

Equipped with sensitive arms (that have a number of pressure and contact sensors), the robot can pick dishes out of a sink, rinse them and then automatically load them in a dishwasher. The robot works so accurately that the dished won’t even get scratched, Panasonic claims. 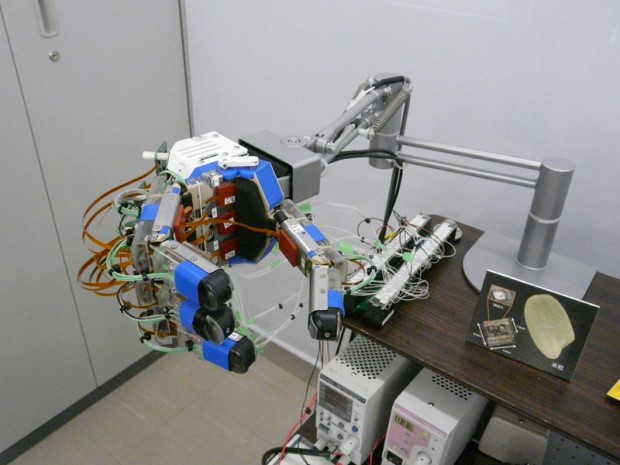 And this robot is just the start. Panasonic says they want to achieve sales worth $1.1 billion with robots (industrial models included) by 2015. The company waits for the Japanese government to come up with safety standards laws specifically laid out for home-use robots (the laws are expected to be ready by 2012). Once that happens, Panasonic plans to develop and commercialize more household robots as quickly as possible.