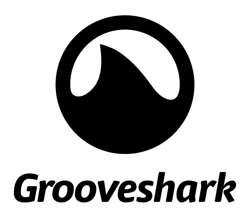 According to Chilean tech blog FayerWayer, music startup Grooveshark is about to announce that it has reached an agreement with recording industry giant The EMI Group. The news comes nearly three months after EMI sued the fledgling company behind the service, Escape Media Group, for infringement on its copyright.

Grooveshark is a web-based music application where you can go to listen to music on-demand, at no charge. Users get access to individual songs from a 7-million strong track catalog, save playlists, and embed both on other websites, blogs, and social media profiles via the Grooveshark Widget.

In addition, Grooveshark allows both artists and record labels to promote themselves through the application with ads and pay-per-listen campaigns.

Grooveshark has a paid VIP version with some exclusive features, and a special interface for users who cough up $3 per month (or $30 a year).

Under the fresh deal, Grooveshark users will gain access to content from EMI’s roster of current and legendary catalog artists and EMI Music Publishing’s songwriters.

“EMI Music and EMI Music Publishing have collaborated with us to create a mutually sustainable deal which represents the future of digital music. We will continue to deliver the best music service on the Internet to our users, and we will expand our capacity to strengthen fan-to-artist connections through our technology.”

The terms for the licensing agreement, which extends to the United States only, remain undisclosed. I daresay it was most likely a good deal for EMI and less so for Grooveshark.

If Grooveshark now manages to sign up the other majors too, it stands a chance to become the ‘Spotify in the U.S.’ before Spotify actually crosses the pond. But if its model will prove to be sustainable remains to be seen.