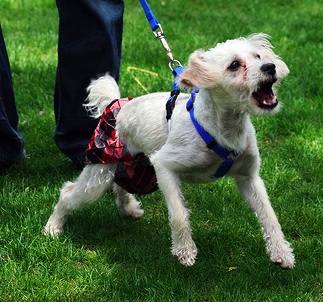 The Associated Press is yapping again about the “exploitation of news” by search engines, news aggregators and, well, the Internet itself. The CEO of the AP, Tom Curley, told a media industry powwow in Beijing:

We will no longer tolerate the disconnect between people who devote themselves — at great human and economic cost — to gathering news of public interest and those who profit from it without supporting it.

I am temporarily lifting our ban on AP stories to make a point. The remarks seemed to be directed at Google, among others. But if you follow the link above, it will take you to an AP article hosted on Google . Is Google stealing it? No, Google already licenses stories from the AP, so it is already “supporting it.”

What’s really behind all the bluster is that the AP is in the midst of renegotiating a new licensing deal with Google, and is using vague public threats to try to get more money out of them. It’s really kind of sad. The AP is just so desperate for cash as its revenues begin to fade that it doesn’t know whether to brandish a stick or a carrot. Just the day before, Curley put out a trial balloon to see if search engines like Google would be willing to pay extra to get news delivered 20 to 30 minutes faster.

At a press conference I attended on Wednesday, an AP reporter asked Google CEO Eric Schmidt what he thought about paying extra for 20-minute exclusives. Schmidt responded, “We have a contract with the AP. I don’t want to talk about a proposed service where we pay more.” In other words, he isn’t going to negotiate in public.

He didn’t sound too enthusiastic about the premium service anyway. “We have to be very careful not to favor one publisher over another,” he said. Exactly. The AP can go ahead and delay its news as much as it likes. The rest of us will be happy to fill in.

It wasn’t just the AP who was bashing the Web. Rupert Murdoch joined, railing against online “aggregators,” “plagiarists,” and “kleptomaniacs.” It is a tired refrain, and self-serving from someone who now wants to charge for online content. News organizations need to either evolve or die. Just today, one of Murdoch’s competitors, Hearst, launched its own news aggregator, LMK. Has Hearst joined the ranks of plagiarists too?

It’s funny. Both Curley and Murdoch were singing different tunes just a few years ago. But they have different agendas now.