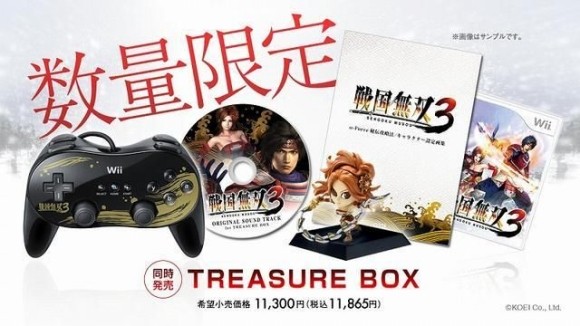 This is a good news, bad news, type of thing. Nintendo Japan just announced some really cool new hardware (including two new bundles) that’ll be out this December. The bad news is, it’s not coming to the US.

So Japan gets a new Pokemon game, two new wiimote colors (blue and pink), and a new three new bundle options that we don’t get a crack at. Doesn’t seem fair does it? The bundles include games that aren’t going to be released in the US (Tales of Graces & Samurai Warriors 3) with special branded controllers and other goodies. In one case, the “treasure box edition” there is an action figure, a soundtrack, and an artbook. So tell me Nintendo, where is the love for us here in the US?