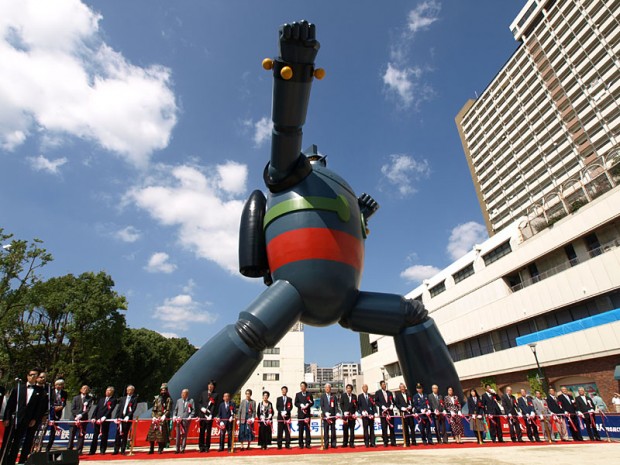 Move over, Gundam, your time has passed. It’s now Gigantor’s turn to protect Japan from alien intruders. Based on the giant robot from the anime that was first aired in the 1960s in Japan, the city of Kobe in central Japan is now the proud home of a 18m high statue of the Tetsujin 28 (Iron Man 28), which is the robot’s name in Japan.

The dedication ceremony was held on Sunday, October 4th, following several months of construction work. It took $1.5 million to complete the so-called Kobe Tetsujin Project [JP], with the money coming from the city of Kobe, a handful of corporations and individual Gigantor fans. The statue was designed and erected under the supervision of an NPO. 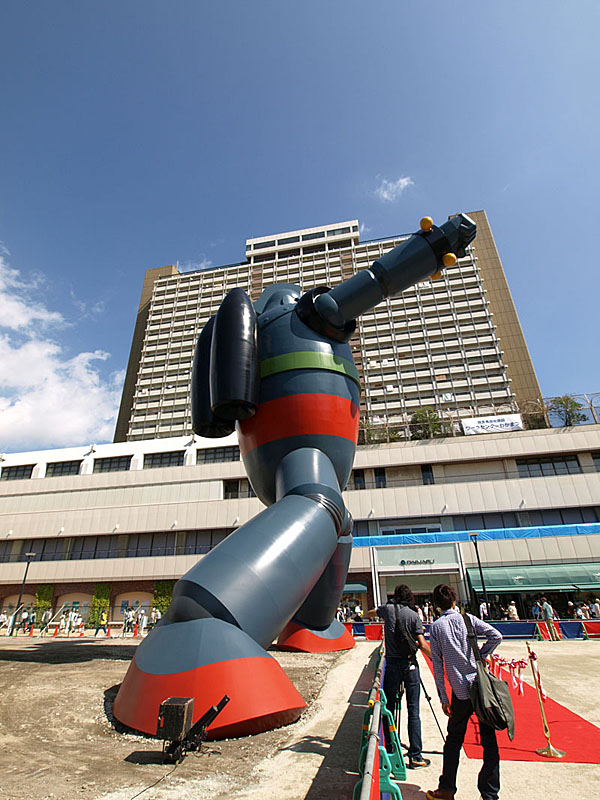 Gigantor weighs 50t. Here’s a video from yesterday that shows him protecting Kobe: