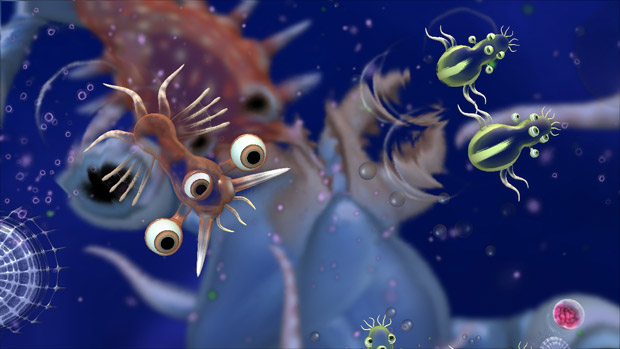 Here’s the latest movie based on a video game that’s sure to be horrendous: Spore will be turned into a movie, ladies and gentlemen! Only five people will be allowed in the theaters at a time in order to prevent piracy, jkjk!

Right, so 20th Century Fox picked up the rights to make the movie, and Robots director Chris Wedge is currently penciled in to direct. Greg Erb (he wrote Rocketman, which I liked as a youth) and Jason Oremland (who doesn’t seem to have done much of any great import yet) will write the movie. They were also involved with the upcoming Disney movie The Princess and the Frog. I wonder what that’s about…

Nowhere do I see Will Wright, the game’s creator, being involved. That’s not to say that he won’t be involved, but you figure that a man so important as Will Wright would at least get a mention of being involved.