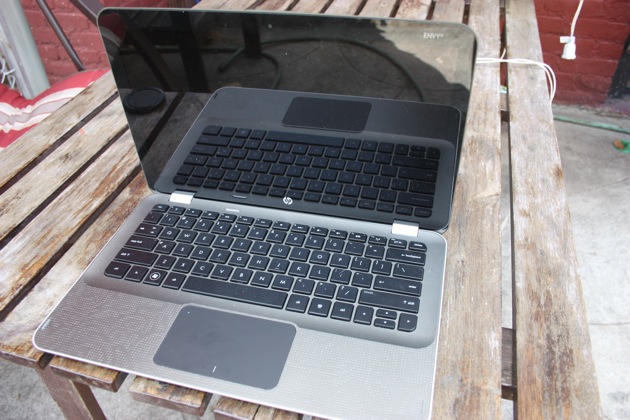 Comparisons have been made by the nattering nabobs of Appleism that the HP Envy 13 is just a knock-off of the Macbook Pro 13-inch. This is the cowards way out and I shan’t stand for it. I will look at HP’s latest notebook – don’t call it a netbook! – as a harbinger of things to come.

The Envy 13 reflects a few trends in Windows hardware. First, consumers are realizing that notebooks are garbage. They are willing to pay a premium for a more powerful computer in a sexier case. Second, Windows 7 is here and it’s ready to kick posterior and jot down identifying information.

The model we tested was running Windows 7 Professional and had an Intel Core Duo 2 L9600 processor running at 2.13 GHz. It also had 3GB of 1067 Mhz memory. Its GeekBench score was 2375. To put this into perspective, this ToughBook scored 1893 and something like the MSI Wind it 837. This is, needless to say, a full-bodied machine. Battery life hit about 3 hours of movie watching. 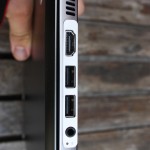 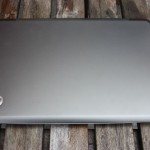 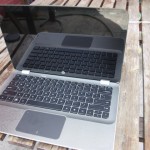 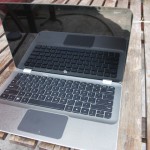 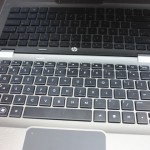 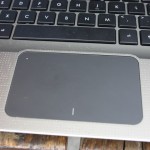 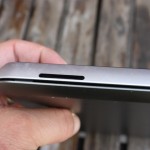 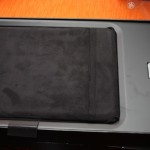 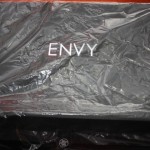 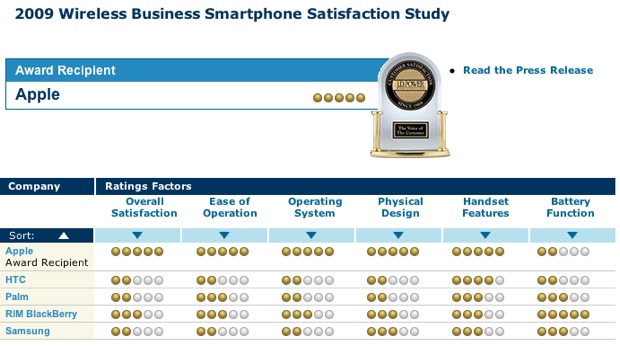 The Envy is definitely quite a looker. Clad in metal alloy it’s not quite unibody but it does have some very slick design queues that tell you it’s a higher end machine. First, the glass on the screen is flush with the edges of the lid and melds seamlessly a la the Macbook. Then you have some nice dotted detailing on the wrist wrest which, I suspect, will be full of crud after a few weeks. The keys are a bit mushy but the keyboard is big enough for daily use. Then you come to the trackpad.

Your friends won’t “envy” this trackpad. It has two buttons, one on either bottom corner, and a central finger sliding area. It also supports limited gestures including two-fingered scroll but to activate them you need to tap the trackpad. Botton-scrolling is nigh on impossible because your thumb starts to touch the upper touchpad and results in all sorts of scrolling mess. HP tried to make a buttonless trackpad (like another laptop, ahem) but they failed. The trackpad is also very large and very sensitive, resulting in missed tracking every few swipes. This is the Envy’s biggest problem but something that can be accepted and even embraced given enough time and patience.

Like a lover, the HP Envy opens itself slowly and you come to realize the true majesty of future Win7 laptops. The operating system is specially tweaked to match the Envy’s style and the menu bars and buttons all flash for a moment before settling down. This is a nice touch.

The Envy also includes an instant-on OS which allows you to surf the web, run Skype, or listen to music. Is there value in this? That’s debatable, but it’s nice to know it’s there, I suppose.

The fan was a little noisy at boot-up and during major activities but nothing major. There is no optical drive but it has an SD card slot along with HDMI-out, two USB ports, and a headphone port.

Overall I was pleased with the Envy 13. It’s a small laptop with a minor trackpad quirk but it proves that the big guys like HP can still make a quality product without pandering to the Wal-Mart lowendization of the market. That said, guess how much this thing costs. $1,800 in this configuration. Oof.

Given that the cheapest 13-inch MacBook (I know, that word again) costs $1,199, the premium placed on this laptop is a little rough. Presumably this one is for the trendy early adopters, those who want Win7 Pro the very first week it’s on the market, and, to be fair, there’s a lot of machine here for the size.

Bottom Line
Windows 7 is going to be the belle of the ball in the next few months so expect lots of machines like the Envy to hit stores. While that price is fairly rough, there will be few options for folks who want the Win7 Pro experience on a laptop and those few options will be expensive. Manufacturers will have to clear out their Vista/XP netbooks before moving to Win7 and even then they won’t want to come down much in price. It’s the premium play all over again and it will suck for a while.

Also remember that this is based on the higher-end Voodoo Envy, a machine with a high price tag. Can HP take out the Voodoo DNA and sell laptops under the same branding without losing customers? Debatable, but we’ll have to see.

However, if you’re looking for a stylish, fairly powerful notebook with enough horses to run Win7, this is one of the better models out there. Give it a second look.