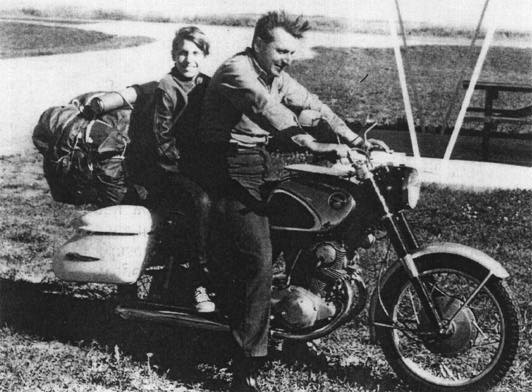 The PSP Go just launched and the blogworld is in a tizzy about the price – $249 – and the apparent chintziness of this new PSP replacement. You see, the device doesn’t support Sony’s exciting UMD optical standard and is generally reported as “feeling” cheaper than the bulky but solid PSP. The PSP Go also requires you to buy your old games in UMD-less form, at least for the time being.

So basically you get a smaller device, are forced to pay for downloadable content you probably already own, and, according to the teardown we linked to above, you get a poorly-made device with quite a few extra potential points of failure.

Why am I bringing up this litany of complaints? Because of something Sony execs said back in June, namely that they PSP Go is a premium product and was therefore priced higher than, say, the Nintendo Wii.

“Those aren’t the factors. When you introduce a new piece of hardware you have the opportunity to say there is a certain premium that is associated with it, and we took that into account.

So what is this “premium” of which he speaks and why would you have been laughed out of your local Egghead if you had mentioned it maybe 15 years ago?

Over the past few years manufacturers have jumped on the “premium” bandwagon. This has been especially apparent in the past year with HP, Dell, and even Asus creating “unique” products at a higher price to offset the cash they’re losing selling $299 laptops at Wal-Mart. For example, I have no fewer than three premium laptops in the house right now, and that’s not even mentioning the supposed premium offered by Apple in their MacBook Pro line.

Premium in this case is a loaded word. What is premium anyway, but perceived value attributed to a device by price, design, or packaging? There is a lot to be said for the iPhone’s sexy box – it’s sealed in a coffin when you get it and it opens up with a puff of air reminiscent of opening a box from Tiffany or Cartier. A laptop I just tested came in that same sort of box and the Dell Adamo came in a plastic coffin that looked like it had been delivered via pneumatic tube from the inner sanctum of haute ordinateur designers.

This is not to say that premium products aren’t worth it. I’d recommend a MacBook Pro over a standard laptop any day and I’d have a number of reasons for my recommendation. I always recommend Bose noise-cancellers when folks and not because I’m drinking the Bose Kool-Aid.

But there is also a bad habit some manufacturers fall into that destroys the premium paradigm completely. This happens, when, like the PSPGo launch, the product clearly does not match up with its “premium” moniker. Sony, of late, has been the worst offender in the “false premium” market and it comes from a sense that their products are still leading in terms of mind share but they are definitely lagging in terms of quality, availability, and value. Samsung, too, has fallen into this trap and I would say that many point-and-shoot camera manufacturers create “false premium” products through the use of visual design cues to suggest quality (knurled knobs and analog read-outs are a big tip-off) while stuffing the same old gear into the same old boxes.

Manufacturers have painted themselves into a corner. For the price of a nice meal in Midtown you can basically buy yourself a laptop or a smaller desktop. LCD monitors cost less than some keyboards and printers are basically free. Computing machinery, on the whole, is cheaper than it has ever been.

But the tendency to create a two-tiered system is becoming disingenuous and difficult to take. While some companies know how to do it well – Apple and Bose are marketing geniuses who add a little value to commodity hardware and then add a few zeros to the price – but the rest of the manufacturers seem to be building “premium” models that never sell for an audience that doesn’t exist. Imagine an U-graph. On one side you have the “real” premium products like gaming machines and on the other you have the Wal-Mart specials. The valley between the consumer Apple is aiming at with the MBP and the consumer HP is aiming at with their cheap-o Wal-Mart specials is deep and wide, and it’s tough to move from one end to the other without creating problems of perception and losing value. Does HP make commodity consumer hardware or “high-end laptops?” It does both. Is the PSP Go a cheaper, fun game machine or a “high-end product for the gaming professional?” Who knows and, more importantly, who cares?

Clearly Sony thinks no one does, more importantly, it believes it can get away with any number of shenanigans to make some profit. The same goes for any number of PC manufactures who are, currently, walking that thin line between quality and price.