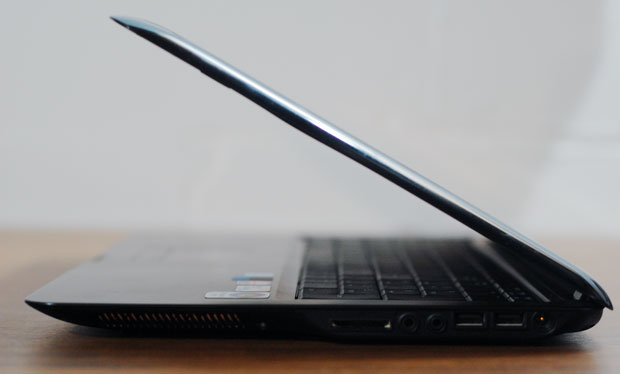 The MSI X-Slim X600 tries so hard – so very hard – to be a full-size, Windows MacBook Air. It has the looks, it has the specs, hell, it even has the same shape. But one huge flaw keeps will keep it from becoming the de facto slim Windows notebook: the trackpad. It’s that bad.

It’s undeniable where MSI got the design idea from for the X-Slim series. They are almost an exact copy of the MacBook Air except for a couple small differences. The I/O ports are full exposed and not hidden by a trap door. Plus, there are three USB ports (one is a eSATA combo port) along with a Gigabit Ethernet port, HDMI-out, SD card slot, and VGA out. The MacBook Air only has one USB port, a Mini DisplayPort, and a headphone jack. That’s it.

But a direct comparison isn’t exactly fair as the X600 is a larger computer with a 15.6-inch LED-backlit screen, instead of the 13.3-inch one found on the Air. Plus, all the extra ports and removable battery are so last-gen according to Apple. No one wants that type of stuff, right?

I found the screen to be satisfyingly bright, but not especially color accurate. I was hoping that the Vista GPU drivers for the ATI HD4330 were to blame, but the colors look only marginally better in Windows 7. The glossy screen is a glare magnet, as you might expect. The glossy bezel around the screen doesn’t help either.

I managed to sneak out just over 4 hours on the 6-cell battery. That was in Windows 7 with the screen at a somewhat bright setting and with the WiFi on. I’m sure that if you crank everything down and run just Microsoft Word, you can probably get near 5 hours without a problem.

Let’s just say that this notebook surprised me at how competent it is. The low-voltage Centrino 2 setup is helped greatly by the ATI Radeon HD 4330 GPU. It handled just about every video I threw at it including .MKV files.

I was also able to do some basic video editing in the new Windows 7 Movie Maker just fine. Yeah, the encoding took a bit, but it got the job done and unlike the Air, the notebook didn’t heat up to an egg-frying temperature.

The X600 has enough power for the average casual user. Don’t expect to fire up animation software, but it will handle MS Office and Internet tasks just fine.

But nothing above matters because it’s nigh impossible to use the X600. The keyboard and trackpad fail in such catastrophic fashion that there is no way I can recommend the notebook. Let me explain.

First off, the X600 features a full keyboard and number pad. That’s not that uncommon for a 15.6-inch notebook nowadays. But some keys are cropped and I still haven’t gotten used to it. The enter key, along with most of the keys to the immediate north and south are slightly smaller. That’s not that the dealbreaker though.

I must say, however, the keys themselves feel great with just the right amount of springiness. This is one of the selling points to the notebook, but it’s too bad that the designers placed the trackpad in such a terrible location. 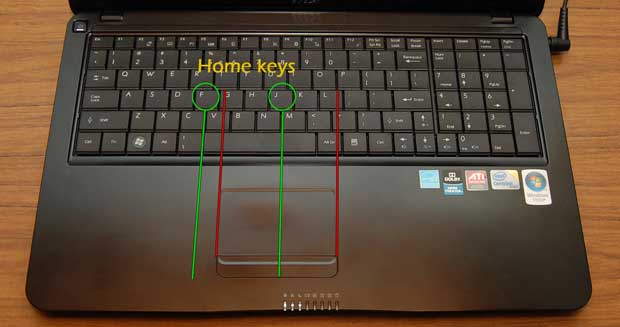 Turn off the touch to click option, you say? I tried. The software is a joke and doesn’t seem to help at all. In fact, there is an option that is supposed to address accidental trackpad clicks but it doesn’t seem to make any difference.

So every time your thumb or palm hits the misaligned trackpad, it causes the mouse to click and transfer attention to something other than where you’re trying to type. This is a huge problem and is basically like having your mouse randomly click whenever you’re typing. In order to counter this side-affect, you have to lift your right wrist and palm so it doesn’t touch the wrist pad at all. Try typing on your notebook that way. It sucks after a quick minute.

The trackpad does get bonus points for supporting multi-touch gestures, but I don’t know how well they work. I had to completely turn off the trackpad just so I could type on the damn thing. 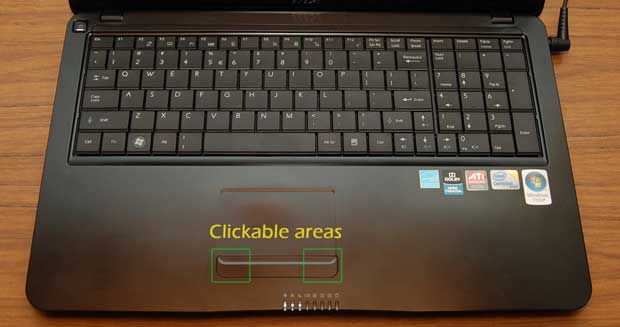 But it’s not just the alignment that bugs the hell out of me. The trackpad button also has a problem. It looks like a single button, right? Well, it’s a Windows machine so there is a right and left click area, but the button is very hard to press unless you’re on the far edges of the button. It’s a pain.

I want to love this notebook. It’s super slim, has just the right amount of inputs and enough computing juice to power through almost anything. But something that seems as trivial as a misaligned trackpad thoroughly ruins the ultra-slim notebook. You simply cannot type on this notebook when the trackpad is enabled, and that’s a big problem.

But if somehow you can get past this design flaw, the notebook is great. MSI hit the “enhance” button on the photocopier when copying the Apple MacBook Air. The more inputs, user-replaceable battery, and dramatically lower price tag all combine to create a hell of a notebook.