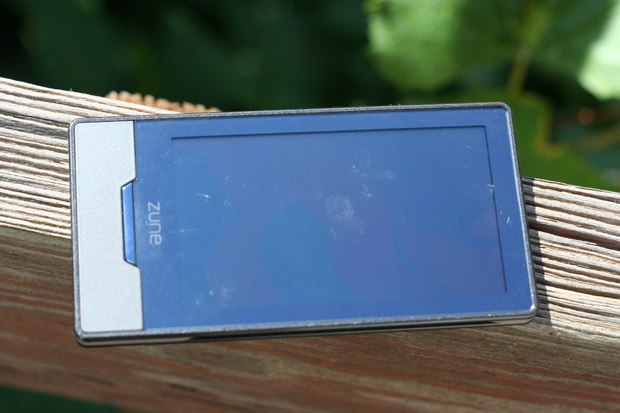 Sometime in the past two weeks I decided, with some thought being put into is, to buy a Zune HD. Why, I don’t know; I thought it looked neat, and I was thoroughly unimpressed with the new iPods Apple showed off at that Rock and Roll event. For the most part the Zune HD is, indeed, neat. Its user interface is miles ahead of the iPod’s, and, with a little forethought, can be used rather effectively with a dual-booting Mac. There’s just one small thing: you absolutely cannot read the display in direct sunlight. Don’t try to because you can’t.

Photos probably can’t do this justice, but I can assure you that the Zune HD is fully turned out right here, showing a really colorful photo from the built-in photo library. This isn’t really a problem for me, since, again, I bought the Zune HD to listen to music, and not watch video or look at photos. I’m also not too often shuffling around the device trying to find a new song to play, since it’s either always playing a long playlist, or an album, or a podcast.

Now, why is that? Is it because Microsoft went with an OLED screen, versus the iPhone’s plain ol’ backlit LCD? Maybe, probably. I’m not a scientist.

But in essence, not being able to read the screen in direct sunlight isn’t huge deal for me, but I know it’ll strike a chord with some of you.

Of course, indoors, this isn’t a problem at all (rubbish camera alert!): 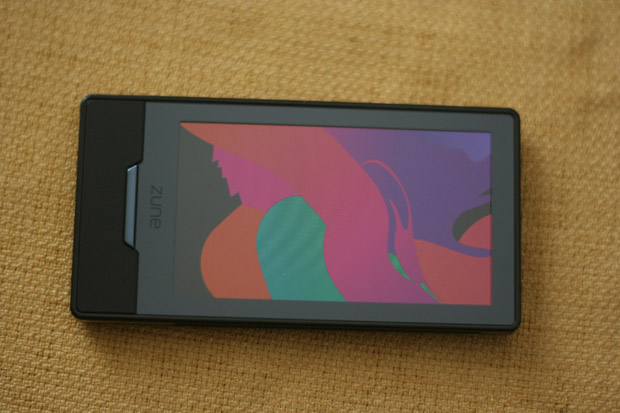 Even given all of that, I’d still prefer a Zune HD to a boring ol’ iPod.