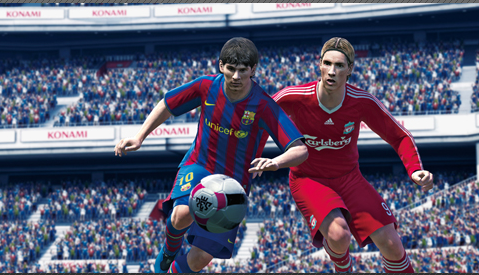 In its newest incarnation, Konami’s best-selling soccer game Winning Eleven (known as Pro Evolution soccer outside Japan) is as great as ever. I played the Xbox360 version with a friend in two-player mode (but PS3 owners will get to play Winning Eleven 2010, too).

Here’s the Tokyo Game Show trailer for the game:
http://blip.tv/play/grExgaK1HgI