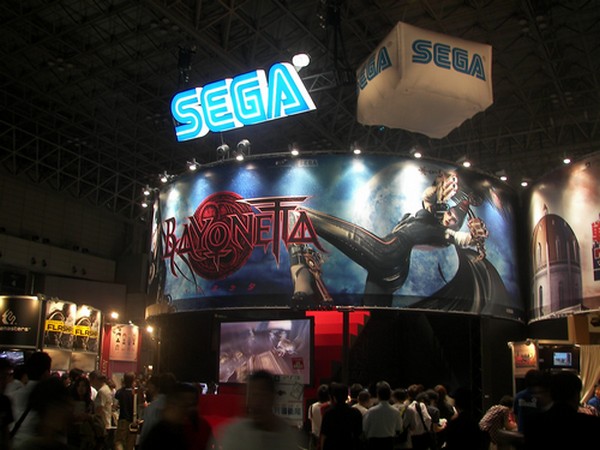 Sega’s third-person action game Bayonetta was playable today at the first day of the Tokyo Game Show, both on Xbox360 and PS3. The game looked fine on both consoles and features a bespectacled female (“Bayonetta”) as the main character. Judging from the demo versions and previews I’ve read so far, Bayonetta isn’t much different from other third-person action games like Devil May Cry.

I had some problems with the camera control. But there’s still a little time to fix that: Bayonetta goes on sale in Japan on October 29 in Japan, with the rest of the world following in early 2010.

Here’s a short video I took at the show today (Bayonetta trailer – sorry for the bad sound quality):
http://blip.tv/play/grExgaKzGgI