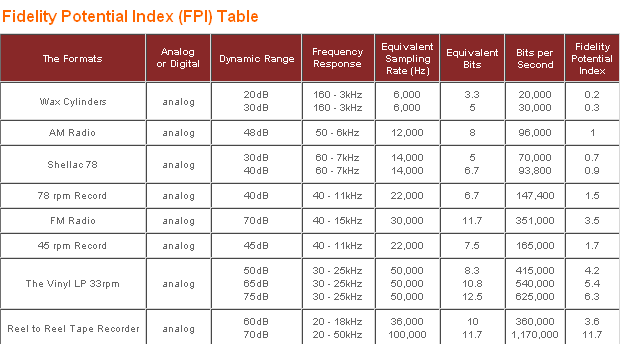 There really isn’t much debate to be had regarding sound quality: a poorly-encoded MP3 sounds the worst, and an audiophile system playing something on the medium for which it was mastered sounds the best. However, there is a whole continuum between those poles, and some people (audiophiles particularly) can’t resist using arbitrary numbers and unintelligible descriptors to differentiate those different levels of quality. 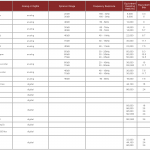 In this case, John Meyer of Newform Research (opting for arbitrary numbers) has computed the effective bitrates of all the major audio media, from wax cylinder to MP3. You can see the partial results above, but I had to compress and crop them; the full table is at the link above or in PNG form there to the right. His methods are scientific in a way, but also questionable. The effective bitrate of a record can sort of be calculated, since it does indeed rely on a sampling rate and frequency range among other things, but that’s not really the end of the story.

Between your amp, speakers (or headphones), and other acoustic conditions, the end result is going to be so hopelessly complicated by extra variables that at times, sometimes it hardly matters whether the source is a 33RPM record being read by a thousand-dollar cartridge or an MP3 you bought on iTunes. Lossless codecs and high-quality digital audio systems are complicating this even further. 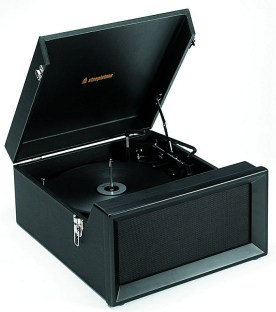 The idea of a reproduction being true to the original has more to do with the process than the medium. Would the Crystal Method sound better on vinyl? Much of their music is recorded and produced digitally, and is intended to be distributed via a digital medium. However, The Beatles’ Sgt. Pepper was recorded in analog and mixed with the intention that it would sound best on single-channel record players. So it’s no surprise that digital copies of Ratatat are true replicas and sound great, while digital copies of Sgt. Pepper (until lately, ripped from re-mastered stereo CDs with added loudness to compensate for different playback equipment) not only sound worse than the original, but are less of a true reproduction.

It’s not about analog vs. digital; those categories are too broad to allow meaningful judgments to be made. Even choosing simply between one format and another can be too coarse of a distinction. Meyer’s little study notes this at the bottom, but when you give a sort of “quality ceiling” number to every audio format, it suggests that there is some judgment involved. He does, however, say (and truly):

The ongoing debate over the past 25 years as to which format – analog or digital – “vinyl or CD” — sounds better has been conducted in the fog of ignorance and marketing hype.

How true that is of nearly every tech rivalry. What will the historians make of Blu-ray and HD-DVD? But I digress. Meyer cautions that there are “a huge number of caveats and remarks” to be observed, but that I fear I’ll be seeing this chart and others like it referred to in the unending audiophile debates on this internet of ours.

I would simply suggest the following. The true audiophile creates something of a zoo for his music: songs must be kept in as close to their original habitat as possible. That’s the true test of fidelity.

What the table above may prove is that formats like DVD-audio and other high-bitrate digital copies have the potential to deliver more precise audio information than did 45s or cassettes (hence the title of the table). Whether that will ever sound better (what with the way music is produced today) is an unanswered question. Bands like the Flaming Lips, in putting out 5.1 versions of their albums, or classical SACDs with ultra-stringent recording standards are pushing the limits, but for now there is no reason to assert the absolute superiority of one audio format over another.

[via Metafilter, where they are having, as always, a lively discussion]