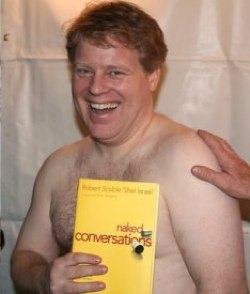 Bad news for those of you who like to keep clean: eggheads at the University of Colorado found that some showerheads apparently contain unsafe levels of bacteria, especially for people who may already have a compromised immune system.

It’s not time to swear off showering altogether just yet, as researchers only tested 50 showerheads in nine cities. Of those 50 showerheads, though, 30 percent contained Mycobacterium avium, “a pathogen linked to pulmonary disease that most often infects people with compromised immune systems but which can occasionally infect healthy people.” And the levels found in the showerheads were “more than 100 times the background levels of municipal water.”

Study leader Professor Norman Pace said, “If you are getting a face full of water when you first turn your shower on, that means you are probably getting a particularly high load of Mycobacterium avium, which may not be too healthy.”

I don’t know about this guy’s shower but I’d be more worried about getting anything BUT a face full of water when I first turn the shower on. Unless he’s suggesting that you don’t physically stand with your face up to the showerhead. In that case, it must be nice to have hot water right away. He must live in the suburbs.

The bacteria is apparently also commonly found on shower curtains and wherever else soap scum buildup occurs. So how can we avoid this massive threat to human existence? I vote for not showering. It takes too long and it’s overrated, especially if you work from home like I do. For everyone else, check out metal showerheads. It seems that the plastic ones are more prone to gunkification.

As long as you’re buying a new showerhead, you might as well get this one right here. At least you’ll know when your water’s warm enough for you to get a faceful of bacteria.