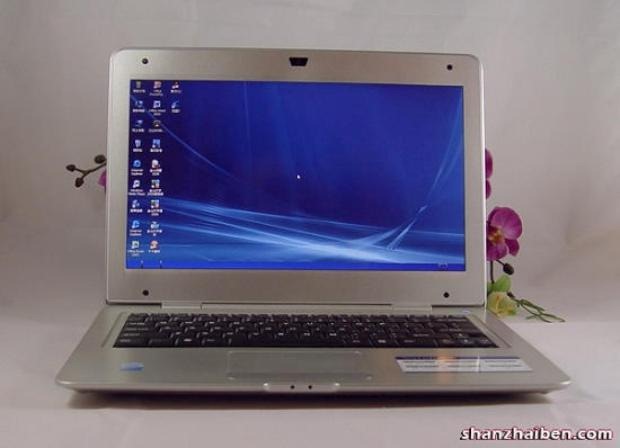 Oh wow, take a look at that MacBook Ai—hey, that’s not a MacBook Air! It’s a $250 netbook from China! That’s actually not too bad of a deal, considering that the machine has a 12.1-inch 1366×768 display, weighs just under three pounds, and is less than an inch thick.

Underneath it all, though, is your basic netbook: Atom N270 CPU, Intel GMA950 graphics, 1GB of RAM, 120GB hard drive, Wi-Fi, and Windows. And let’s just assume that the materials used with this netbook might not be as well-crafted as Apple’s magic aluminum enclosure within which the MacBook Air’s delicate parts are ensconced.

Still, the $250 price tag is pretty nice. You’ll have to be in China to get one, though.