The introduction of new iPod models means new iPod cases as far as the eye can see. One of the bigger players in the cutthroat game of portable device protection is Belkin and, true to form, the company’s announced about a skillion upcoming products for your perusal.

Grip Vue for iPod nano and iPod touch — $25 and $30, respectively. Flexible and grippy, scratch-resistant, made of thermoplastic polyurethane. The iPod touch version features a “ClearScreen Overlay” to protect the LCD. 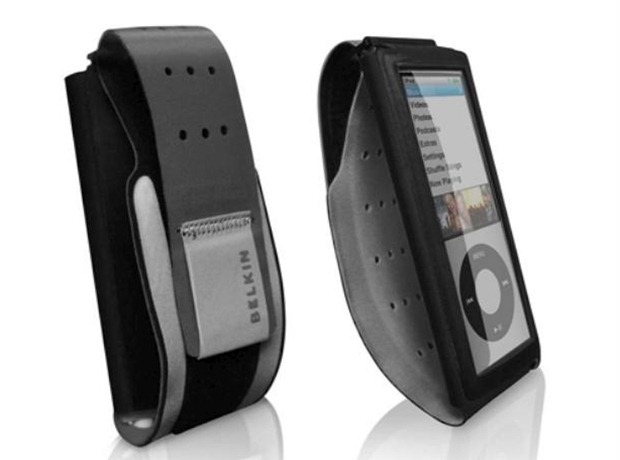 HandBand for iPod nano — $25. It’s a band… for your hand. Doesn’t look like there’s a hole for the new video camera, probably because your hand would block it.

There’s also a slew of new polycarbonate and leather cases available as well, ranging from $20 to $30. Most of the new cases announced are either available now or will be available by next week, while additional cases will continue to roll out between now and November.