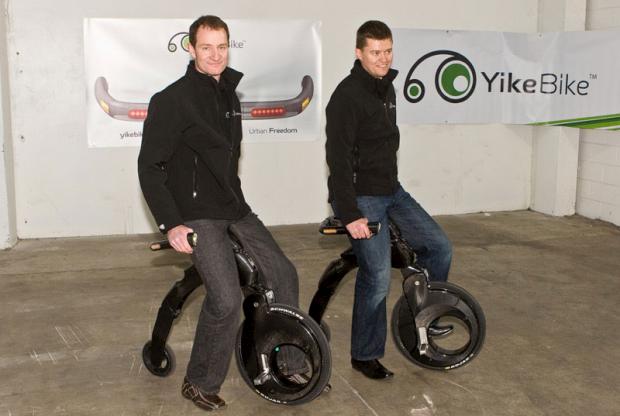 Yikes! Bikes! Fruit Stripe Gum! This is the YikeBike. It looks like a unicycle with a second, stabilizing wheel. If only there were a word to describe a unicycle with two wheels. Bi-something. Bi-cycle!

The YikeBike, she folds down to a somewhat-manageable size. The whole getup weighs around 22 pounds, so you can be that sweaty guy in the crumpled suit that brings his bike into the office everyday. 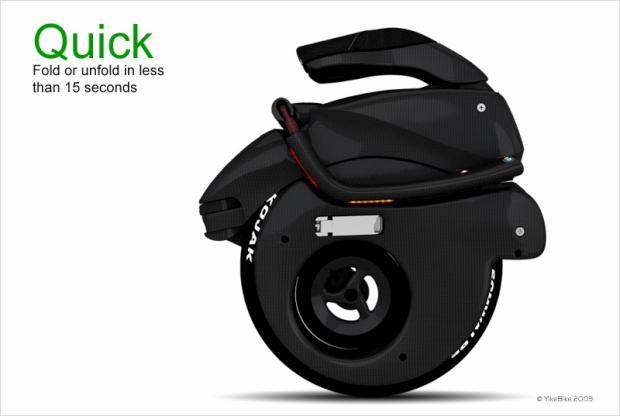 Did I mention that it’s electric? That’s important. It has a one-kilowatt motor that can reach a top speed of 12 miles per hour. Charging apparently only takes about a half-hour and will give you enough juice for a five-mile jaunt.