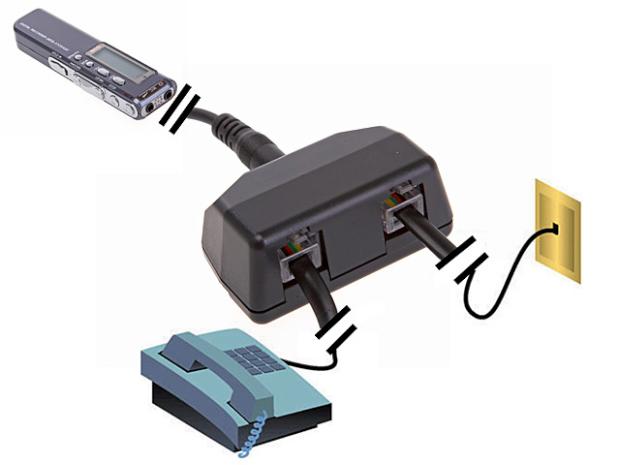 If you’ve been looking for a way to discreetly (and in some states, illegally) record your phone conversations and you have $16 at your disposal, then your ship has come in.

The “Intercep Phone Call System” from Brando is about as simple as it gets. Plug the cord from your telephone system’s wall jack into one side, your landline phone into the other, and run the 3.5mm audio cable out to a voice recorder. Or, hell, run the audio cable out to your stereo system for some ridiculous speakerphone-type action.

While some states require that an audible beep occur while a phone conversation is being recorded, it looks like this thing provides no such feature. So go ahead and skirt the law — what a rush!