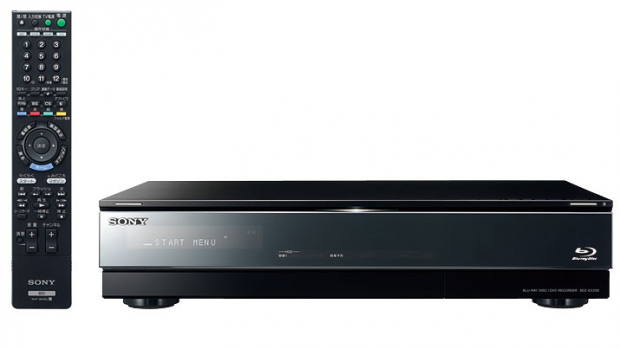 The flood of video recording devices coming out of Japan doesn’t want to end. Today Sony unveiled five Blu-ray recorders with built-in HDDs [JP] for the Japanese market, and one of them has a 2 TB HDD. Sony says they tried to focus especially on usability and design with these machines.

Sony added Sky PerfecTV support for some of these devices (the 320GB-models are being left out), which marks the first time a manufacturer did that for a Blu-ray recorder. The model equipped with a 2TB HDD, for example, can store 253 of HD TV material. The devices (again, apart from the 320 GB-models) support Sony Walkman and the PSP, too.

Japanese stores will get the players in the middle of September, but the flagship model (the EX200) will go on sale at the beginning of November. No word yet on international sales plans from Sony.