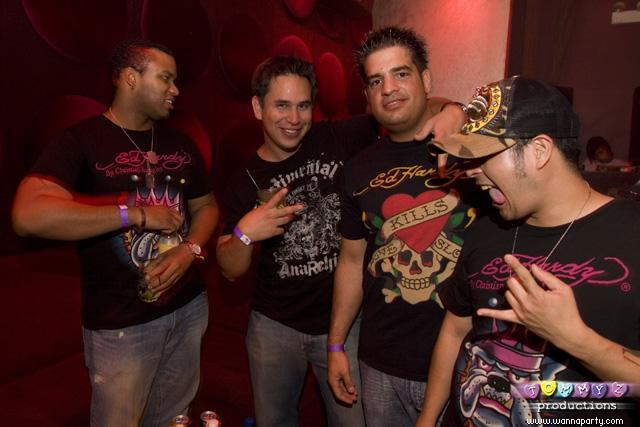 Let’s clear the air real quick. Ed Hardy is one of the godfathers of modern tattooing and he learned from the best, Sailor Jerry. Christian Audigier, on the other hand, is a big douche. He whored out Kenny Howard aka Von Dutch (even though the guy was a drunk and racist) and now he’s done the same with Ed Hardy over the last few years.

I can’t really blame Hardy for wanting to make a little cash from royalties now that he isn’t tattooing anymore, but enough is enough. I hate Christian Audigier with a passion and hate him even more because he’s douched out Ed Hardy and his name. Now everyone thinks Ed Hardy, the actual person, is a big douchebag, when in reality, his original tattoo flash has just been converted into shit like these dumb USB keychains. I’d bet a month’s paycheck that 99 percent of the douches wearing Ed Hardy clothes don’t even know who he is. Boycott everything and anything that Christian Audigier touches.

Fun fact: my tattoo artist Igor Mortis worked under Hardy at Tattoo City in San Francisco. He’s good. How good? I fly back to Portland anytime I have a hankering for more.