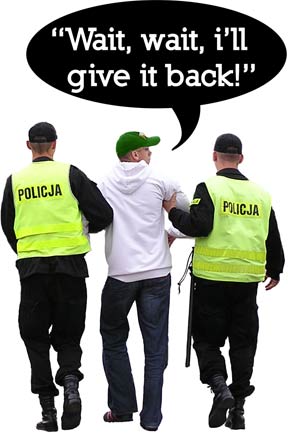 For all you students out there, we hate to be the bearer of dismal, soul-crushing news, but school starts up again in a few scant weeks (and for some of you, even less than that). Sorry, but soon you’ll have to say goodbye to lounging around the house playing Xbox, liquored-up trips down to the shore, and perhaps most tragically, sleeping in until one in the afternoon.

Aside from depressing the hell out of most, going Back to School also means spending gobs of money on textbooks and supplies, where most of your hard-earned summer income is bound to go. Hopefully, you’ve done a little thinking ahead and saved up for a few new gadgets to help ease the transition. If not, well, you’ve got a few weeks – get cracking!

But what if, and you’ll have to indulge me here, what if that guy who smells like cats in your Lit Study class happens to like your new phone as much as you do? What if he makes off with it while you’re passed out face-first in the complete works of Chaucer? Well, that’s where we come in. While we can’t mobilize the CrunchGear Hit Squad over every little thing, we have compiled a few ways for you to keep tabs on your new toys. 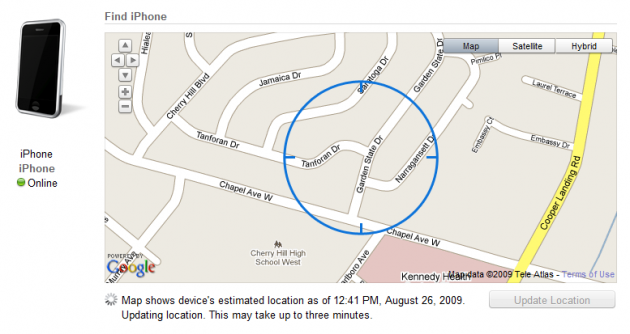 By far one of the most useful features ever to find its way onto Apple’s tiny juggernaut, Find My iPhone ties into the MobileMe service to locate your device when you can’t. Not only does it display the phone’s current location using Google Maps, it gives you the ability to send messages directly to the device, so you can describe in reasonable detail all the despicable things you’ll do to get it back.

Even better, it gives you the option to play a rather annoying 2-minute jingle when you send a message, which is ideal for when your iPhone gets stuck somewhere in your couch. Rounding out the feature set is the ability to remotely wipe the contents of your device – you would lose the ability to ping the device with a message, but if you absolutely don’t want anyone taking a look at those pictures you’ve got, there is a course of action for you. This same functionality works for any device running the 3.0 software, so of course, iPod Touches and iPhone 2Gs (even unlocked ones) are just a few keystrokes away. 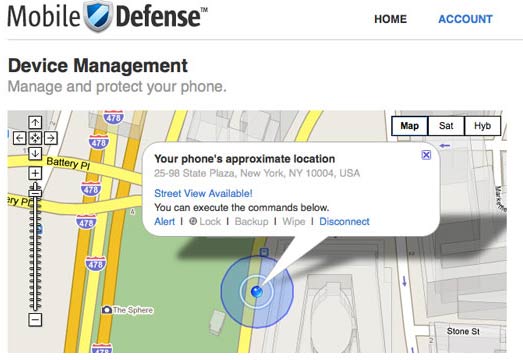 Having just won the title of Best Security App for the Android platform, developer Neevo is riding high (and for good reason). Other users have tried before to create apps that locate lost Googlephones, but to date nothing has been as elegant or as effective as Mobile Defense. It rocks many of the same features as MobileMe’s Find My iPhone: it locates and tracks your device via Google Maps and allows you to perform a remote wipe, but it does so much more.

What if the thief swaps SIM cards? No big deal for Mobile Defense, it’ll alert you that the SIM card value has changed and even goes as far as giving you the new SIM card number. How about if you want to get a better idea of where your phone is located? If it’s available, you can drop down into Street View and have a look around. You don’t just have to take the scorched earth approach and wipe the handset, you can make a backup of your personal information or lock the device remotely. It’s well-designed, it’s well-executed, and best of all – it’s free (for now). If you’re a Android user, and you’re concerned about safety, you need this app. Oh, and did I mention they’re working on a Blackberry version? 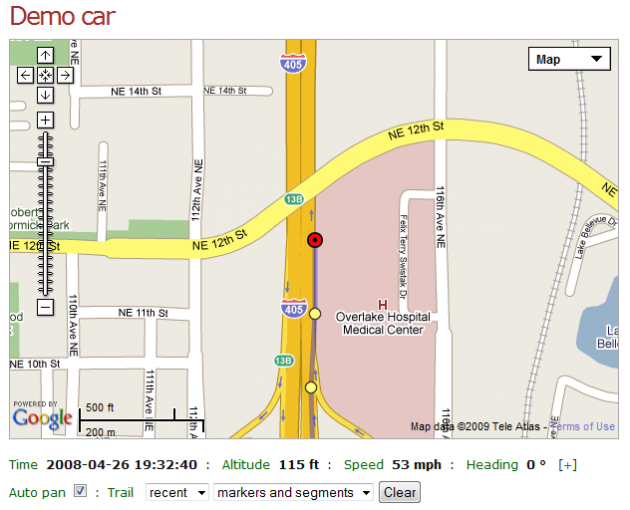 It’s a simple concept: load up a small, easily platform-agnostic app onto a phone and have it relay information back home. Instamapper takes that barebones approach, and runs with it to provide a very functional service. Like the others, it will determine the phone’s location and plot it in Google Maps. Unlike the others though, that’s all it does – it’s very much a one trick pony. “But hey,” you may be asking yourself, “if it doesn’t do as much, why should we use that over everything else?”

The answer, my dear friend, is simplicity. Even though they’re gaining a lot of traction these days, not everyone walks around rocking a smartphone. What the guys at Instamapper have done is work up a small Java executable – as long as your phone can run the code (and as long as it has an intergrated GPS), you shouldn’t have too much trouble getting it working. It’s already been confirmed to work on some newer Sony Ericsson featurephones, and it apparently works like gangbusters on certain Boost Mobile phones, so there’s a very real chance you’ll be doing just as well. There is one caveat, though: as well as the service does in most cases, certain Verizon phones that have their GPS receivers locked won’t work period. Sucks, we know, but for a free service that works on almost every OS under the sun, we can’t complain too hard.

Gadgetrak is a jack of all trades when it comes to (what else?) gadget recovery. A quick look at their website reveals tracking solutions for just about everything worth protecting, but perhaps the coolest of them all is for Removable Media. That’s right, if your device has a few megabytes to spare, chances are it’ll support Gadgetrak’s tracking software.

The process is simple: hook up your gadget, be it a GPS, Kindle, iPod, or hell, even a flash drive up to your PC, transfer the software over, and you’re good to go. The software banks on the chance that whomever happens to make off with your stuff will at some point plug into their PC to mess around with it. That’s where the magic happens: as long as that PC has an internet connection, the software loaded on your device will begin to gather information about that client PC. Pretty soon, you’ll receive an email in your inbox that contains among other things…

It’ll even go as far as to whip up some maps based on the usage information it’s been relaying to you, so you can hand it over to the proper authorities or enact some vigilante justice of your own. $15 per device doesn’t seem like to much to ask for that kind of protection, and there’s a pretty hefty discount once you go for five, so all you paranoid geeks out there may as well go for broke.

Think you have a better way to keep tabs on your toys? As much research as this has taken, it’s by no means a definitive list. Let us know what you come up with, and you just might see your input in Part 2.