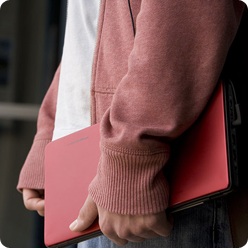 Despite being one of the first companies to bring the idea of small, cheap, no-frills computers to market, ASUS doesn’t think the whole smartbook idea is going to take off. As such, we’ll see no smartbooks from ASUS anytime soon.

If any company’s in a good position to push smartbooks, it’s ASUS, seeing that it’s got plenty of experience with tiny notebooks. You’d think it’d be relatively straightforward to take one of the older 7- or 9-inch Eee designs, update the form factor slightly, and switch out the Intel chipset for a Qualcomm one. However, ASUS has some pretty big deals with both Intel and Microsoft, so it’d be interesting to know if the company’s getting pressured to stay away from competing platforms.

Whatever the case, ASUS has cited limited resources as the reason behind putting Android-based smartbook projects on hold. PC World does point out, however, that the company “could use some of the smartbooks made by contract manufacturer Pegatron, the company’s subsidiary.”