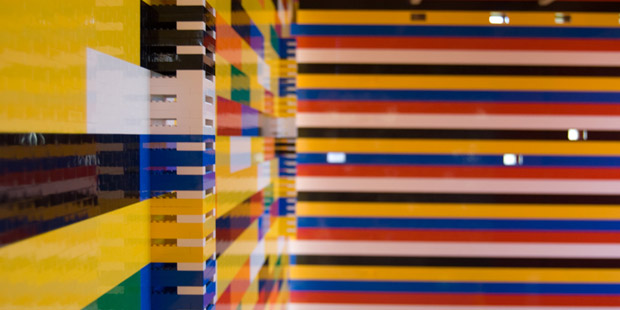 We’re normally not too keen on Lego stuff, but we’ll make an exception in the interest of camaraderie. Plus, it involves James May from Top Gear, a show we can all get behind (even if I don’t know a darn thing about cars!). Right, so architect Barnaby Gunning designed a real house out of Lego. No, not a “Lego house,” that is, a Lego house for Lego people, but a real, human-livable house made out of Lego. Indeed.

The story goes that James May, the shaggy haired Top Gear presenter, put the word out the he wanted a Lego house built; he’d then live in it. That’s where Mr. Gunning comes in, bringing his University College London knowhow to the project.

A highlight from a recent Oobject interview:

Oobject: One of the problems with giant Lego structures we’ve seen before is that they look nasty because the designs are literal and figurative, like something from a model village. How did you manage to get the Lego house to actually look interesting architecturally?

BG: Largely that was a result of James May being on the same page as us. James realized the kitsch potential from the get go and specifically asked that we didn’t just build an overgrown standard model.

That’s the key, I guess. Not to build a merely shoddy Lego house, but to live up to James May’s infatuation with kitsch (and driving slowly and prudently).