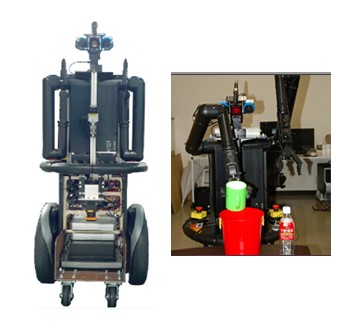 DiGORO is certainly not the first robot taking care of household chores out there, but it’s definitely one of the coolest. Developed by a team of researchers at Honda Research Institute and other Japan-based organizations, the robot is capable of imitating human movements like wiping or moving objects from one place to another.

DiGORO is about 150cm tall, weighs 120kg, has two arms, a camera in his head and moves on wheels. He’s also equipped with a microphone that comes with a voice recognition function to identify his master. The researchers claim DiGORO can learn up to ten movements and is also able to adjust to its immediate environment, for example pieces of furniture placed in a room he’s supposed to clean. 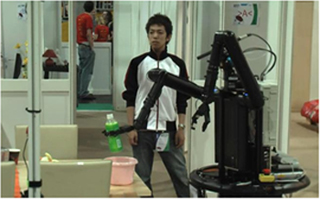 DiGORO is said to be the first programmable robot that’s designed to do housework. His makers plan to commercialize the technology within “several years”.