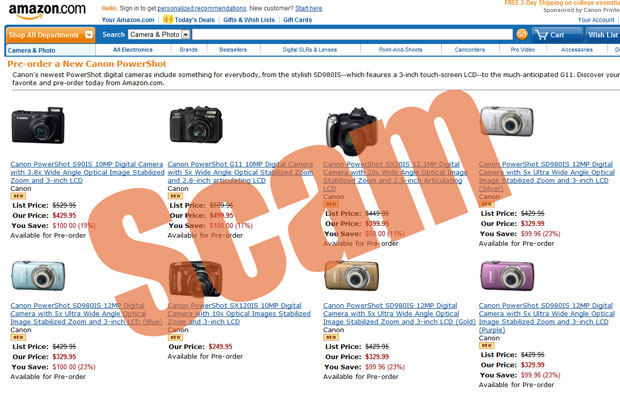 Canon rolled out a bunch of new cams yesterday and just like clockwork, Amazon has them up for preorder. Don’t believe they are on sale though. The “Our Price” is set right at the MSRP even though Amazon says they are on sale.

For instance: Amazon has the “List Price” for the G11 as $599 with a $100 discount, which brings the price down 17% to $499. Well, folks, the MSRP of the G11 is $499 according to the press release. The same shinanagins is happening to the rest of the recently announced PowerShot cameras. Kind of shady, Amazon. Kind of shady.