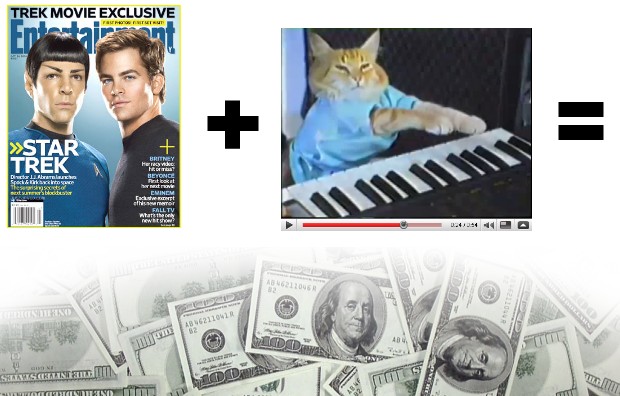 Whether we, in the early 2000s, are at the forefront of technology or the forefront of invasive advertising is a debate which will be debated for decades. I’m guessing: a little of column A, a little of column B. After all, a video in a print magazine is pretty amazing, but on the other hand, it’s a video in a print magazine. If this feels a little familiar to you (as it did you me), you’re probably remembering Esquire’s e-ink cover from October of last year. With luck, this one will be hacked as quick as that one was.

The advertisement, which features clips from CBS’s “The Big Bang Theory,” “Two and a Half Men,” and “Accidentally On Purpose,” is intended to… wait, this can’t be right. Apparently it’s intended to increase ad revenues. That’s a bit of a mad thing to do, isn’t it? Increase your costs astronomically to raise profits?

In any case, it’ll be out soon and we’ll get video. O brave new world with such advertisements in it!