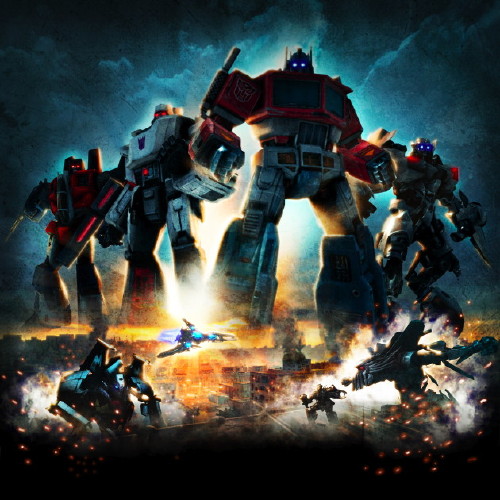 The first batch of DLC for Activision and Luxoflux’s Transformers: Revenge of the Fallen is slated for an August 27 launch for the Xbox 360 (800 MS points) and PS3 ($9.99). The entire DLC list is detailed below but the quick and dirty version is as follows: eight new playable characters, three new character skins, three new multiplayer maps and a “Expert” level for single-player campaign.

Courtyard – Fast paced East Coast map that focuses on a heavily contested center action point. This key strategic area allows for views of the entire map as well as control of the high ground surrounding the middle courtyard and its perimeter. Flying characters are able to utilize the open skies and tall skyscrapers to quickly get to advantageous positions, but ground based characters can make use of numerous back alleys to flank around the sides of the map and attack from unprotected angles.

Hillside – A tiered map in a dense urban area of Cairo. Varied height sections on the map make for multiple small arenas of combat, while allowing sneaky players to move throughout the level virtually un-noticed under the cover the surrounding buildings. A central marketplace provides a high point to get views of almost the entire level, but the maze like street layout and numerous buildings mean that you will have to hunt your enemies down in the alleys of this ruined city.

Sandstorm – A very fast paced map that takes place in a smaller section of Cairo. Mostly populated with low level buildings and an open central area, combat on this map is fast and frenetic, with near instantaneous action as there is almost no place to hide. Flying characters can quickly hover above the map for near un-obstructed views of almost the entire map, but this also leaves them vulnerable to ground fire from almost every angle.