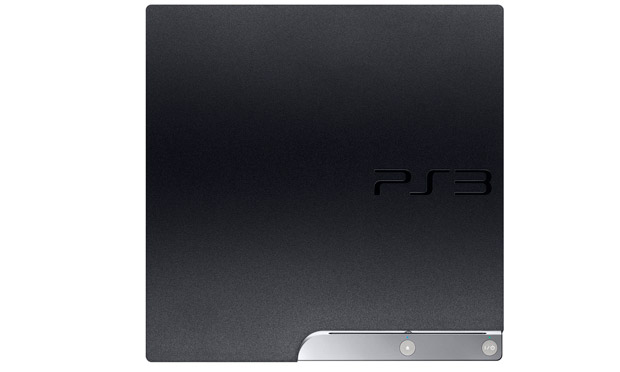 Watching the news come in yesterday about the PS3 Slim, I said to myself, “Man, this is great for Sony, especially if we’re still in 2006.” Harsh, perhaps, but the sentiment is spot-on: had Sony released the PS3, Slim or otherwise, at $299 back in the autumn of 2006, we could well have seen an effortless transition between the PS2 and PS3. As it turned out, three years later, we’re left wondering this: Is the PS3 Slim enough to, say, re-ignite the Console Wars?

Let’s get one thing clear from the get-go: I patently don’t care one way or the other if Xbox rules and Sony drools, or vice-versa. How well a corporation does doesn’t affect me in the slightest. That said, it is somewhat fun to endless speculate “what if?” questions all day long.

With that out of the way, we can move on.

So what is the PS3 Slim? If you weren’t online yesterday you would have missed that Sony officially announced the system at a trade show in Europe. The PS3 Slim, as the name implies, is merely a smaller PS3, but one, crucially, that costs only $299. The PS3 launched, back in 2006, at $599—a ridiculous price even when we weren’t in a recession. The PS3 Slim has the same features as any other PS3 you’re able to find on store shelves: plays Blu-ray discs, DVDs, and CDs; has a hard drive (here, 120GB) where you can store your digital photos and whatnot, then stream them around the house via built-in Wi-Fi; it also, funnily enough, plays PS3 games, as well as PS1 games. Backwards compatibility with PS2 games has totally been eliminated, so keep that PS2 Slim handy if you’re itching to play Final Fantasy XII or God of War again.

Considering that Sony’s own research indicated that very few people were buying the PS3 with the intention of playing PS2 games, I don’t see the lack of PS2 compatibility as anything more than a bullet point in a long, pointless message board thread. (SONY SUCKS AND HERES WHY! kind of thing.)

In summary, in just a few week’s time, you’ll be able to buy a PS3 Slim, and play Whatever 4 and watch Lost on Blu-ray for only $299. That’s not a bad deal, particularly if you’re a movie buff, or like buying TV boxsets on Blu-ray.

But how does that, a $299 PS3, compare to Microsoft’s offering? If we’re to believe the rumors, Redmond will kill the Xbox 360 Pro model, leaving only the Elite and Arcade models, priced, presumably, at $299 and $199, respectively. So now we can compare the two systems pretty equally, provided, of course, that the Elite does drop in price.

And what would you get for the $299 Xbox 360 Elite? No Blu-ray playback, but DVD playback; a built-in hard drive for storing your content, and sharing around the house; and compatibility with all those Xbox 360 games. (Outside of Halo, how many Xbox1 games are worth playing again?)

Save for Blu-ray playback, there’s very little between the two systems, hardware-wise. Can you replace the PS3 Slim’s hard drive, and add a huge one if you want? Sure, but the average person isn’t going to do that.

Then you’re forced to examine the game libraries, which is an argument for another day.

I guess I can ask y’all wether or not you think the $299 PS3 Slim is too little, too late, or just what the doctor ordered?