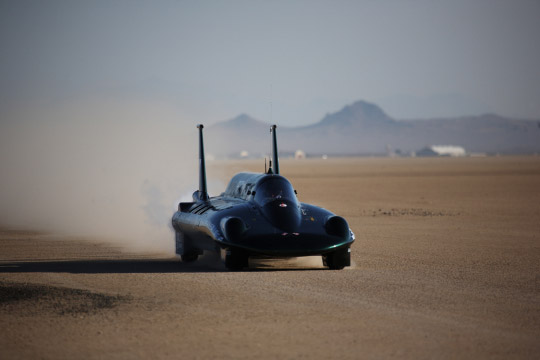 Once upon a time, I was driving a VW Golf, and was able to get it up to a whopping 80 MPH. I sure felt cool, but I’d look like a complete fool compared to the Inspiration, a British steam-powered car that’s about to try to break the land speed record of 170 MPH.

The FIA, the same organization between Formula 1, regulates all official Land Speed Records. The steam-powered car record was set in 1906 by a car called “the Rocket.” That record was set by an American!

Incidentally, the Inspiration has already beaten the old record, but only during unofficial test runs. The real, FIA-sanctioned run will go from today till August 22 in the Mojave Desert. If the record can’t be broken in these next four days, then FIA calls the whole thing off.