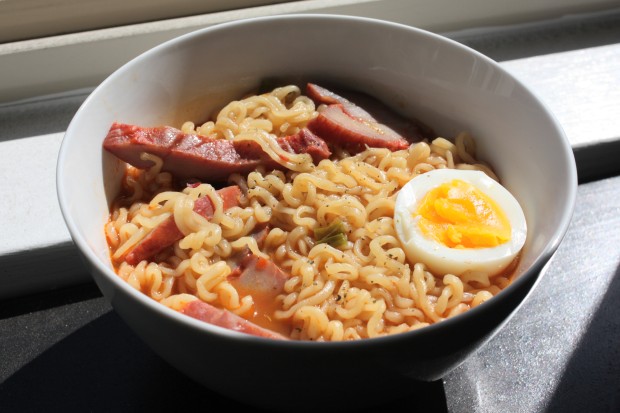 So you’re moving away from the dorms and their plentiful buffet-style meals. It’s a big step, I know, and you’ll have to do some adjusting. Cooking for yourself can be a rewarding experience, and you may discover that you have a knack for it, or enjoy the process as much as the results. But the first steps can be daunting, so focus on the basics. It’s not exactly gadget news, but since it’s Back to School time, we thought this was important.

Most importantly, as a growing human being, you must remember the four basic food groups: chicken ramen, beef ramen, spicy ramen, and other.

Okay, I kid a bit. But let’s not deceive ourselves here. You’re going to be eating a lot of noodles over the next year and if you don’t do it right, you’ll die of a sodium buildup. It didn’t happen to me, so I must have been doing something right. Now, let’s get some fundamentals out of the way:

Varieties
At Safeway or Von’s or whatever your local megastore is, you’ll likely find Maruchan and Top Ramen. These are the rank-and-file ramen, and are cheap but pretty plain. If possible, get the “fancy” versions that they sell, like “Picante” beef instead of beef, or “Creamy” chicken instead of chicken. It’s not much of a difference, but they are better.

More flavor, more variety. But if you manage to go somewhere with exotic ramens on display, my advice is to buy five or six different kinds, test them out, and then pick a couple to stay with and buy in bulk. I’ve settled on these three, for instance: 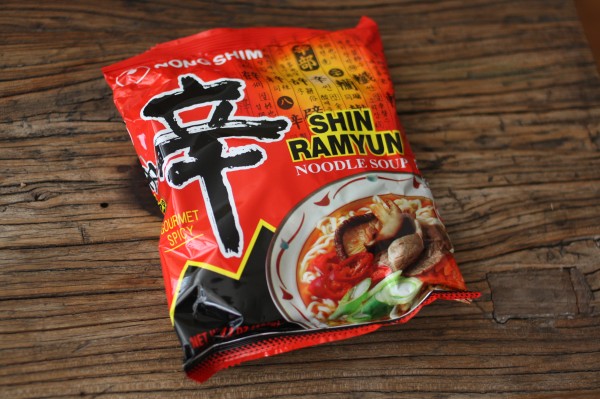 Very spicy, comes with a packet of little herbs and veggies that you put into the mix. 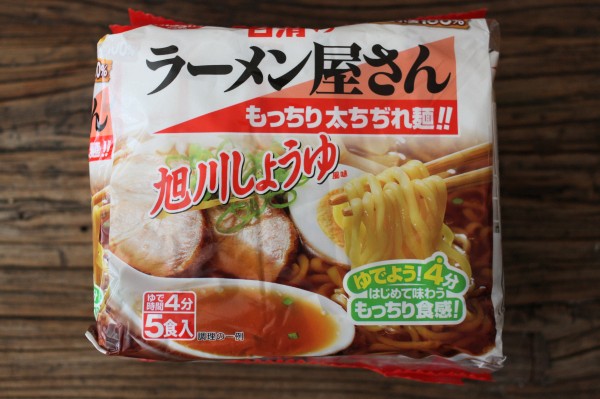 A full-flavored pork ramen that comes with a packet of lard. Don’t be squeamish, it’s in all your creamy soups and stews. It makes the ramen richer. I like to add a little spice to this. 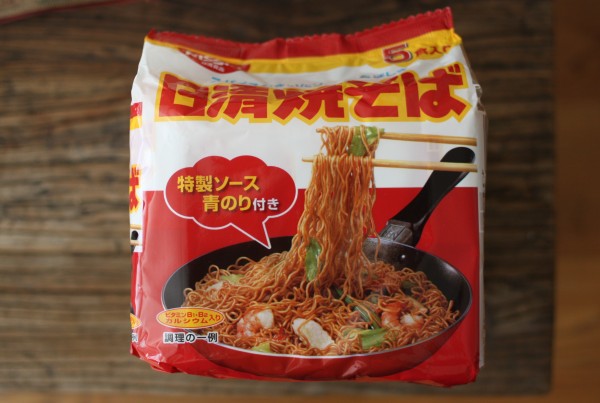 Good to have a backup for non-brothy noodles. You can do regular ramen “dry” but it’s not really meant to be that way. For something different or for certain recipes, a dry noodle is the way to go.

Extras
Now, as for cooking, there are as many ways of cooking ramen as there are people in this world. Personally, I add the packet at the beginning and don’t drain the noodles. There are many options. But if you just boil some noodles and add sodium, it’ll be both boring and bad for you. So what can you add?

Meat! One thing I’ve been doing recently is adding Trader Joes’ barbecued pork to the ramen right before it’s finished. A bunch of small slices in there and you’re getting a little protein as well as an enhanced meal. Chicken is good to add if you have compatible ramen (i.e. not beef or pork flavored), but it’s very absorbent so it’s best to drain the noodles. If you’re feeling adventurous, you can put a little thinly-sliced beef in there and it’ll cook in the hot water.

Egg! In many places, egg in your ramen is standard. At home, you can just crack the egg right into the pot when it’s boiling; experiment to see how you like it (beat it or let it poach). I find it less messy to have a couple hard- or soft-boiled eggs around and just add one in, cut in half. It absorbs the flavor and is easy to parcel out into little bites. Some people (and I do not recommend this) actually dip their noodles or meat in raw egg white. Whatever works for you.

Veggies! I actually don’t do this much because I prefer raw vegetables on the side (some snap peas are an excellent accompaniment), but there are plenty of veggies that’ll work well. If you’re doing Yakisoba noodles, put a few snap peas in there, mushrooms, or broccoli, but beware, as broccoli likes to absorb broth — best to put it in late. Bamboo shoots are a common, and tasty, east Asian add-in, so you might keep a can of those around as well.

Ramen has a bad rap because people tend to just get a pallet of the cheapest stuff and eat it unmodified. But with a little extra work, you can make a real meal out of it. There are tons of recipes out there just for people like you and me. Instant noodles are a great base for a lot of different dishes, and if you just try a few different things, toss a few ingredients in there, and be creative with what you’ve got around the dorm or apartment, you’ll surprise yourself.

Any veteran ramen-eaters out there want to share your secrets?