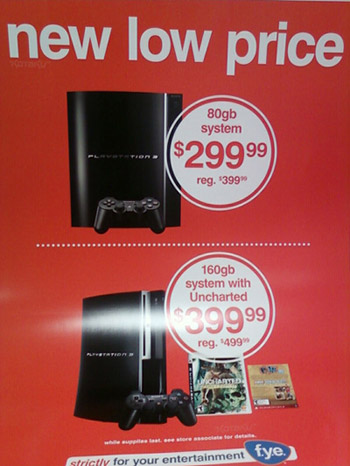 Those prices, if true, look pretty fair. Had the system launched at those prices, man, how different things would be.

Also, and independently, mind you, K-Mart has started running an ad on its Web site that says “The Rumors Are Reality. New Low Price & A New Exciting PS3.” Yup: PS3 Slim for $299 on August 24. Time will tell!

I should also point out that this is still technically a rumor—Sony hasn’t come out and said, “Look, we’re cutting prices!” or “Look, PS3 Slim!” just yet.