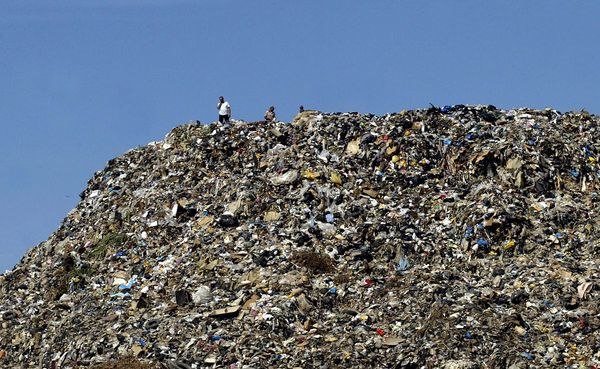 Right around this time of year, every store bigger than a breadbox is trying to cash in on college kids by pointing out everything they’ll need for the days ahead. Bed-risers! Over-the-door shoe holders! Thing is, packing for college isn’t like packing for camping. Stuff that seems oh-so-functional when you’re standing in the dorm room aisle with full reign over Dad’s credit card becomes nothing but added weight once you’re on your own. They’ll be great for measuring how much dust can gather on one thing over a few months, but that’s about it.

Now, we’re not saying you shouldn’t buy anything. Make your space yours, express yourself, all that junk. That said, there are a handful of items we see college kid after college kid dump money on – now you can’t say we didn’t warn you.

1. Scarface posters, Animal House posters, or that one poster of the two chicks kissing 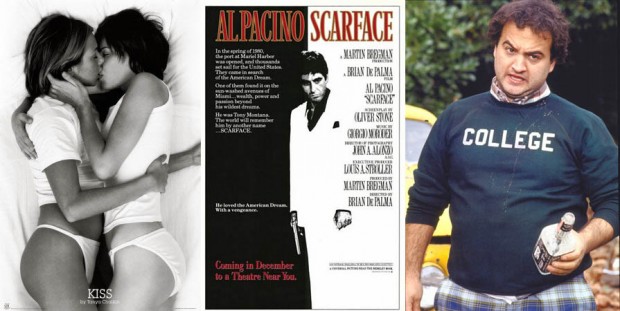 If you think these posters are awesome now, wait until you’ve seen them in 50 other dorm rooms. Seriously. There’s a reason why generally proper retail stores are willing to sell a poster from a movie about drugs, bombs, and shooting people in the face.

Also: you are not a beautiful or unique snowflake. Neither is a Fight Club poster.

Note: It should be noted that they also make that two-girls-kissing poster into a mattress cover. This is not any better – in fact, it’s much worse. On your wall, a girl might laugh at it. On your bed, it’s just creepy as hell.

The Alternative: Buy stuff that you like because you think it looks good or represents you, not because it’s convenient. Hit up craigslist, movie theaters, flea markets, and D.I.Y fairs for awesome art on a budget. 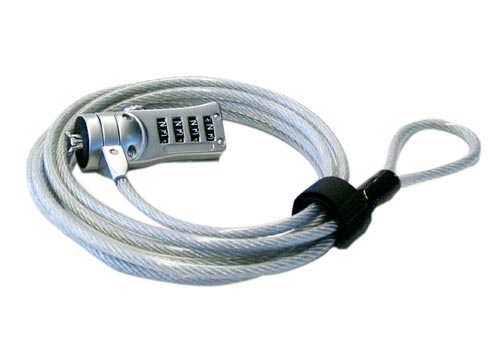 I have seen dozens and dozens of laptop locks on college campuses. In closets, unopened. Every parent on the planet seems to think that everyone in the library will be willing to sit down, unpack, and latch on. They aren’t.

Moving past the “uncool” factor of them (because, really, the only person paying attention to what you’re doing in the library is you), the damned things just don’t work. It seems reasonable up front: It’s $40 dollars, but it protects your purchase which cost anywhere between $500 and $2,000. But they don’t. That $50 dollar lock can be picked in a matter of seconds with a pair of wire cutters, a screw driver, or a friggin’ penny.

The Alternative: Your laptop probably cost you a stupid amount of money. Act like it. Take it with you when you leave. If you’re only leaving for a minute, have a trusted friend watch it. 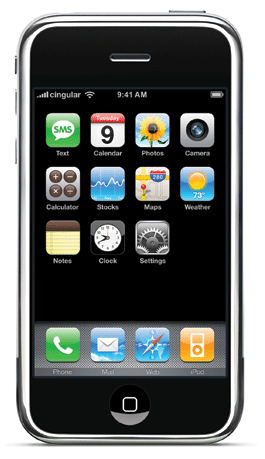 Wait, what? A gadget site telling people not to buy the iPhone? BLASPHEMY!

Thing is, the iPhone is absurdly expensive. It may not seem so bad when the hardware only sets you back between $99-$299 – but man oh man, that bill. The monthly bill for the iPhone is one of the most expensive in the industry. If you want unlimited texts (you will) and a data plan (it’s mandatory), $100 bucks a month will only get you 400 minutes. That’s $1200 bucks a year, friend – before taxes. Unless your parents are footing the bill, you’re going to be eating up a huge chunk of your savings with what is essentially a vanity item when you might as well be carrying..

The Alternative: An iPod Touch. If you’re on a college campus, the chances are pretty good that you’re no more than 100 feet from a WiFi hotspot. You’ll pay more up front ($399 as opposed to $299 for a 32GB, for example), but you’ll save hundreds to thousands in the long haul. You get nearly all of the same apps (save the GPS and camera stuff, though the latter point may not be true for much longer), but pay a fraction for the hardware. Use Skype or get a cheapo pre-paid phone for the voice stuff. Trust us – you’re probably going to lose your phone anyway.

Here’s what you need to play drinking games at college: Booze, and friends. That last one is optional.

But really, you don’t need these stupid kits. We’ve seen these things get whipped out a handful of times, only to be quickly stowed. The games are terrible, generally far too complex for any drunkard to handle or enjoy.

The Alternative: Make your own kit. Buy ping pong balls and red cups for beer pong, an ice tray for moose, and a deck of cards for King’s Cup and F#*$ The Dealer. All in all, that should cost you around 5 bucks.

Better yet, save the 5 bucks and play “Race to the end of the bottle”.

There are plenty more – but we’ll save those for another day. Got some to mention in the mean time? Drop’em in the comments.