So, we’ve already explained why the newly revealed “Facebook Lite” at the very least wasn’t conceived to be a “Twitter-killer,” but it does look interesting. The service, which is currently being tested in India (and sadly, not in the U.S. despite the messages sent out last night), has an extremely clean look and feel to it — one that is reminiscent of the old days of Facebook, when its simplified look drew users away from the cluttered MySpace. Of course now, Facebook is itself cluttered with settings, applications and toolbars. So to many, this Facebook Lite design would be welcome.

Check it out in the images below we received from a user, Azhar Chougle, testing it in India. He notes that the third image (the one showing something broken) occurs when you try to go to the Events and Settings, which apparently aren’t ready for Facebook Lite yet. You’ll also notice that “Events” is now in the top nav bar, something which is not the case on the current version of Facebook.

Perhaps most importantly, Chougle notes, “And let me tell you it’s so much damn faster than the normal Facebook.” Though neither he nor us understand what is up with the “Send us Your Feedback” guy in picture number 2 (it’s actually Chamath Palihapitiya, Facebook’s VP of Growth, Mobile and International). The final picture is my own, significantly more cluttered current Facebook homepage. 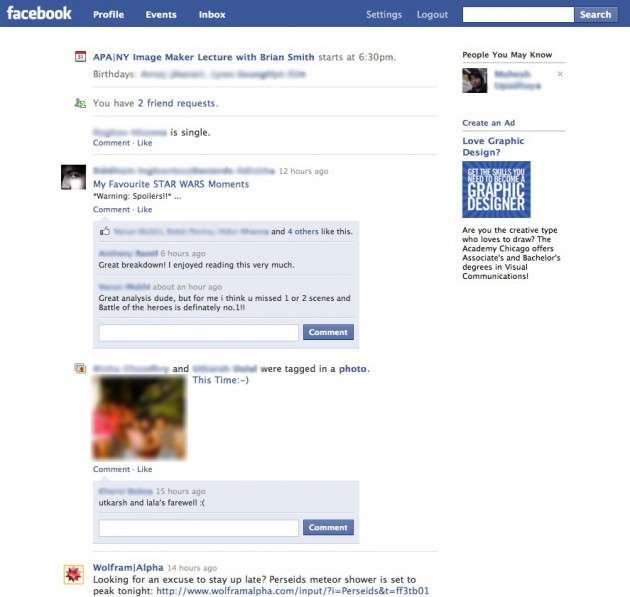 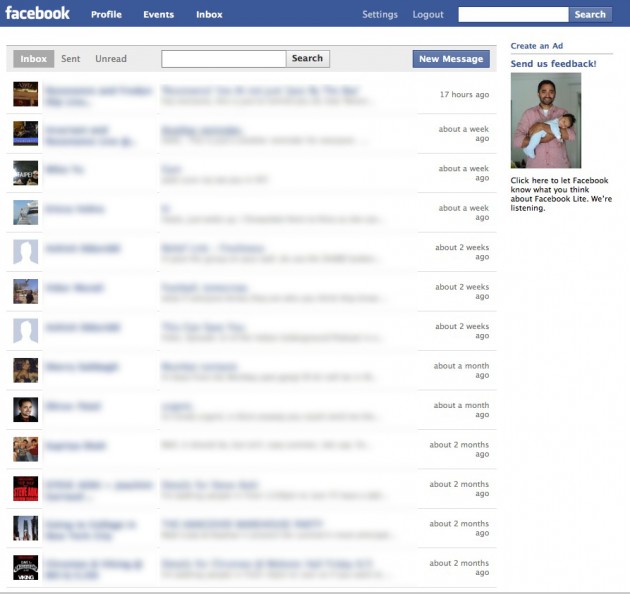 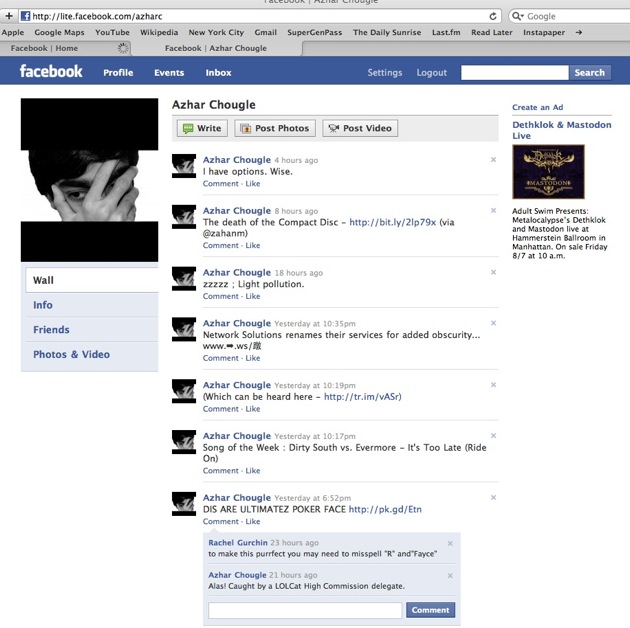