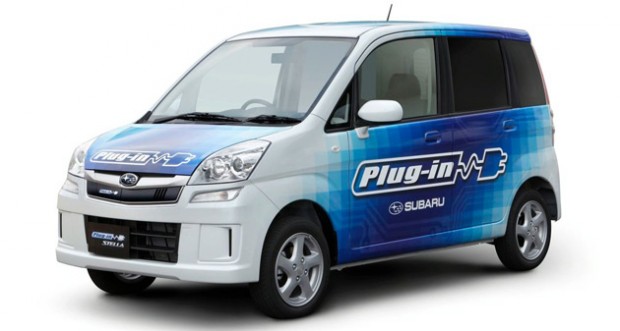 If there is one country that really believes in the future of electric (battery-powered) vehicles (cars, bikes and even trains), then it’s Japan. And now the country decided it’s time to remove a major barrier to mass adoption: The lack of a large-scale infrastructure with highly standardized norms.

Nissan, Mitsubishi Motors and Subaru’s parent company Fuji Heavy Industries (along with Tokyo Electric Power Co (TEPCO)) yesterday announced the set up of a committee in the near future with the aim of spreading and standardizing charging machines.

All three automakers have their own electric vehicles in place: Nissan’s electric car, the Leaf, is scheduled for release in Japan, the US and the Europe in late 2010. Mitsubishi’s i-Miev is already available in Japan. Subaru’s Plug-In Stella (pictured above) went on sale in Nippon just recently.