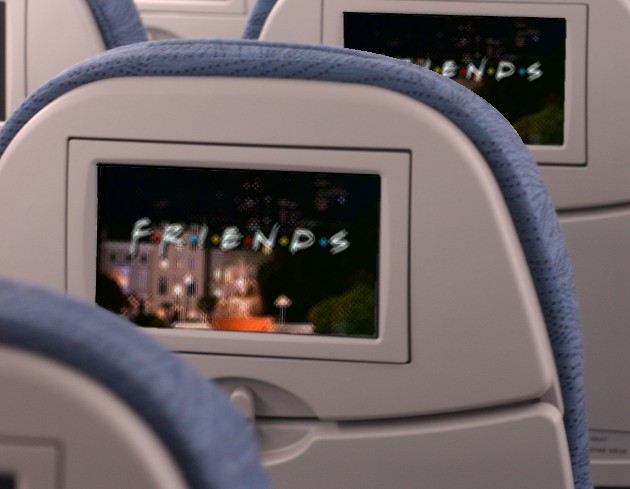 Flying United the other day, I was treated to an episode of Top Chef on a stained 10″ CRT with wonky colors, listening to crackly audio on garbage headphones, unable to rewind, fast forward, or choose anything else. What a fun flight it was!

It’s essentially the same thing as it was 30 years ago. Several revolutions in content distribution and they’re still probably using Beta tapes. Of course, nimbler and more progressive airlines like Ryanair and Singapore are able to change with the times, and are outfitting their planes with plugs and USB cords rather than weak screens playing bad copies of bad movies.

People would be just as happy with a plug and a USB port at every seat. Toss a little wireless in there, too, and people will happily while away the hours twittering, checking their Facebook page, and doing god knows what.

Here’s an idea: have a locally stored webpage we can navigate to that has streaming shows that go over the plane’s WLAN. Oh my god, I’m a genius.

Obviously the transformation of an entire industry takes time, but this is analogous to the music industry, where they should have seen it coming a long way off and prepared for it, instead of scrambling and pointing the finger at the last moment.