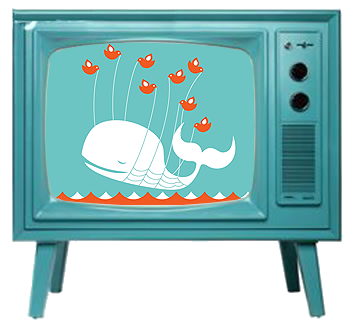 If Twitter needed to pay for the media coverage the company and its free service get across the board, it would have spent almost as much in 30 days as the $55 million that has been invested in the company since its inception in 2006. That’s the claim of VMS, a media intelligence company that monitors news coverage on television, radio, newspapers, magazines, and the Internet.

AdvertisingAge got more details from the company about its research, which pegs the total free media coverage given to Twitter the past month to be worth $48 million. As AdAge points out, that’s about half of what Microsoft plans to spend marketing Bing.

Online, Twitter received 2.73 billion impressions, undoubtedly some of them thanks to TechCrunch. Television contributed to 57% of the PR value, newspapers 37% and magazines 5%, according to VMS. As the monitoring company’s CEO Peter Wengryn explains, the total coverage may be much higher than what the firm could possibly monitor, since it doesn’t take into account mentions in smaller newspapers in the United States and media coverage in the rest of the world.

“This is huge. It’s very, very high. In fact, we looked at online coverage of Twitter vs. Google. Twitter is running significantly higher than Google and I didn’t think anything was more popular than Google.”

How long will Twitter continue to be the social media darling in the media? Long enough to eventually reach 1 billion users and become the “pulse of the planet”?

And more importantly, when will it start turning the mountains of attention, traffic and users it is getting into cold, hard cash?