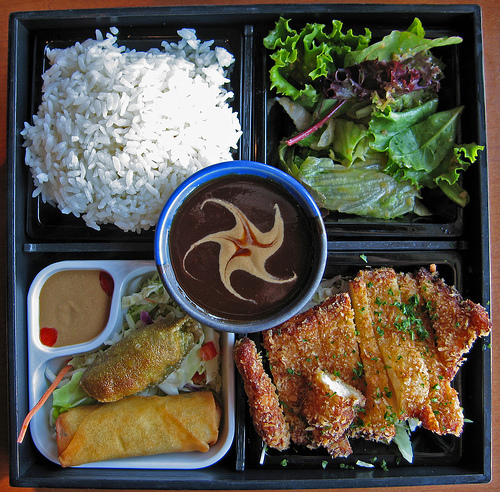 Yahoo isn’t the only site that is undergoing a homepage change. The URL-shortening service Bit.ly did a slight reworking of its main site today as well. And not surprisingly, it’s very Twitter-focused.

The new design is called “Bento Box,” according to a post on the Bit.ly blog. This is named after the containers that Japanese food is often served in. The reason is that Bit.ly is now more obviously broken up into sections, for the different core functionalities: Shortening links, custom URLs, posting to Twitter and shortening other links.

On the homepage, there remains a big URL input box for shortening, and below that, a list of the links you’ve already shortened (if you’re signed in). But when you enter a URL to shorten now (or do so via the handy bookmarklet), you get a nicer-looking set of options for what you can do with your new Bit.ly URL. This includes easy access to copy that URL as-is, get stats, but also a way to more obviously change the URL to a custom one. So, for example, if you want your URL to be http://bit.ly/thisismylink, you can do that (assuming it’s not taken). You could do this previously, but it was a bit buried in the UI.

Also much nicer is the ability to easily post to different Twitter accounts. Many people have multiple Twitter accounts for multiple purposes now, and before you had to sign out of one and sign in with the other if you wanted to tweet from each with Bit.ly. Now, there’s a drop-down menu which allows you to add another account seamlessly.

Bit.ly has seen an explosion in usage since Twitter decided to make it the default URL shortener for the service. Many third-party Twitter apps use it as the default as well. The service is getting ready to roll out what sounds to be an ambitious project called Bit.ly Now, which sounds like it will take on Digg in finding out what’s popular on the web right now.

It has also been shoring up its core business by adding features such as checking for malicious URLs.