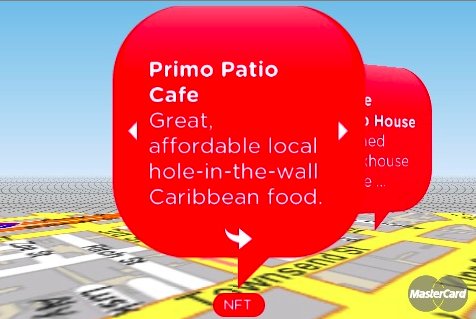 When I first heard that Mastercard was releasing an iPhone app called “Priceless Picks,” I thought for sure it would be a lame gimmick. But I must admit, it’s actually a kind of cool gimmick.

If you’ve ever watched TV, you’ve undoubtedly seen at least a dozen of the Mastercard “Priceless” ads. You know the ones, “So and so consumer items: $5. Such and such memorable moment paid for with your Mastercard: Priceless.” Yeah, now there’s an app for those.

Well not exactly. It’s not like this app is limited to the priceless moments mentioned in the commercials, that would be kind of pointless. Instead this is a social app that allows consumers to point out their best deals at their favorite local spots for all to see. The app uses the iPhone location services to figure out where you are. It then shows you on a map and shows all the deals others have placed around you.

That may sound bland and obvious, but the app is actually done in a really nice way. You can choose either a bird’s eye view of the deals around you on the map, or get a more street-view like look (though, sadly, it doesn’t use the iPhone 3GS’ new compass to move the map when you move). If you tap on any of the color-coded bubbles, you zoom into that specific deal and can tap to get more info about it. 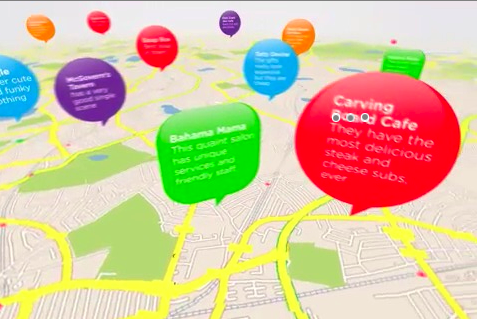 You can also flag the deal is “improper” or send it to a friend, all without leaving the app. It also tells you when (if ever) the deal expires.

If you want to add you own deal, you simply click the “+” button, and enter the relevant details. It will tag the place at whatever your current location is.

So will anyone actually use this app? Who knows. But if Mastercard starts promoting it on their annoyingly effective commercials, I could certainly see a bunch of tourists picking up this app to find some deals in whatever city they happen to be in.

The best part of this “priceless” app is that it really is price-less, as in, free. Find it here.