In a move that will appeal to many of its Apple-loving users, Nimbuzz has simultaneously launched an updated iPhone / iPod Touch application and a shiny new desktop client for Macs. The company offers a social messenger service that lets people access IM and social networks with one set of credentials from a single location and thus competes with a slew of other companies on both the mobile and desktop front.

Nimbuzz has released a new version of its iPhone application (iTunes link), which has already proven to be quite a hit on the platform: the app has consistently done well on App Store ranking charts in a wide variety of countries worldwide. In the startup’s home turf The Netherlands as well as in France, Nimbuzz claims 1 out of 5 iPhone or iPod Touch owners have installed and use the tool on a regular basis.

The new version of the app brings file-sharing in the cloud capabilities, VoIP calling on a range of IM networks (both over Wi-Fi and 3G) and push notification with home screen alerts of both incoming calls or chats through Nimbuzz or third-party networks like Windows Live Messenger, Yahoo Messenger and Google Talk. Finally, the iPhone app now boasts location-awareness, which allows Nimbuzz contacts to share and retrieve their physical locations on a Google map. 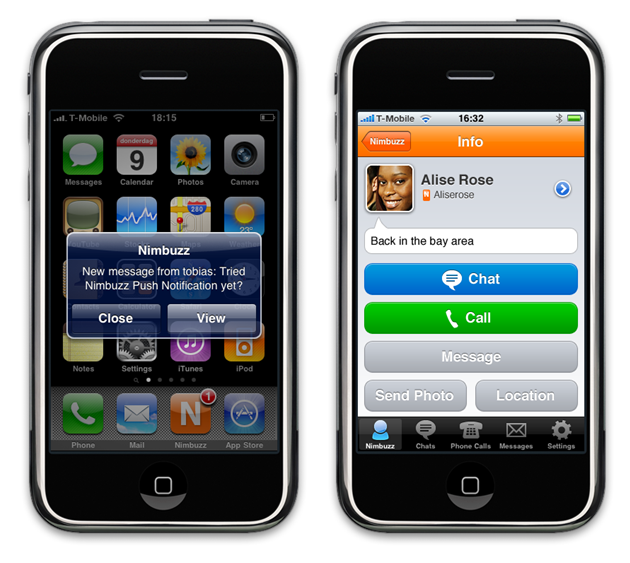 The Mac desktop client is nothing spectacular but it doesn’t hurt to have another decent, good-looking IM and social network aggregator application for Apple computers. The unified app supports connections via Facebook, AIM, MySpace, Google Talk (Orkut), Yahoo! Messenger, Windows Live Messenger (MSN), ICQ and more. Nimbuzz says its product for Mac is the only IM product to provide high-quality VoIP calling direct from the desktop among IM buddies on Nimbuzz and the more popular IM networks. 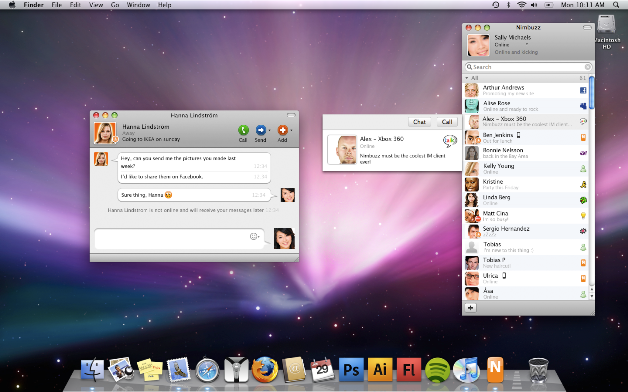