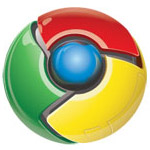 John pooh poohs Google Chrome OS, just like he pooh poohed the Palm Pre. John’s a smart guy, and has some good insights into the technology world. But on the issue of Google Chrome OS, I think he’s wrong. Google isn’t in the operating system market, it’s in the software services market. The easier Google can make it to get to their hosted applications, the more customers they’ll have. To paraphrase Larry Ellison’s famous quote, “the web is the operating system”.

I’ve been watching my friends and family struggle with computers for years. Not a single one of them really cares about what operating system they use. What they care about is doing something with their computer. The operating system is the interface through which they can do stuff. Invariably it gets in their way, and causes nothing but frustration. People don’t care about their operating system because they don’t care about their computer. Just like they don’t care about their cars, or any other household appliance. People grudgingly add more RAM to their systems because they get bogged down with antivirus software, and printer monitor utilities to remind them they’re out of paper, and all sorts of useless doodads that suck up system resources without providing any value to the experience of using the computer. “This thing’s only a year old, and already it’s so slow!”

In the dark ages of personal computer history, everyone wanted to use Microsoft Publisher to make fliers and calendars and what not. People used Microsoft Works, or ClarisWorks, or WordPerfect, or whatever it was that came bundled with their PC in order to print up phone directories for their churches, or whatever. Printing in color was a luxury. But dammit, we were happy! We didn’t have to update our antivirus software every day. We didn’t have to run spyware scans regularly, or worry about the Windows registry getting corrupted. Our computers worked, by and large, because the operating systems stayed out of our way and let us use the applications that we wanted to use.

Now, in the Internet era, everyone’s using Facebook and Twitter and web-based email. No one cares how they access Facebook, as long as they can access Facebook. Regular people might have a minor preference for Microsoft Internet Explorer, or Mozilla Firefox, but at the end of the day no one’s going to not use Facebook just because the computer they’re using doesn’t have their favorite browser installed.

And here’s where Google’s Chrome OS represents a significant shift. To do stuff on Facebook, or other hosted applications, you don’t need all the hooplah of a traditional desktop computer. You don’t need a “real” computer with gobs of local storage. Facebook is your storage. Google Docs is your storage. You don’t need a device with Bluetooth to check your Windows Live email. You don’t need a full operating system, you just need a browswer. If you can pare down the OS, you can pare down all the requisite crap that we’ve come to associate with modern (Windows-based) computers. If you don’t have a full OS, what do you need a virus scanner for? Why do you need user accounts on the computer if the sites to which you connect enforce user accounts and permissions for you? Why do you need to constantly update your operating system with patches? Because it’s a complex, multi-purpose device. It doesn’t need to be, though. A single-purpose appliance (like the CrunchPad!) is more economical for the casual Internet user. It will be less frustrating for the end user because it will get in their way less. The user will be able to do stuff without being interrupted by the operating system.

Obviously, there will always be a need for traditional computers. If thin clients were the be-all-end-all of the computing world, someone like Citrix would have long ago replaced Microsoft as the dominant player. The appliance model doesn’t work for people who need to work while in an airplane, for example. Businesses, entrepeneurs, and freelancers will still need local storage, and the ability to work without network access. Parents may still want user accounts to restrict what their kids can and can’t do. But for a huge population of computer users, Google’s Chome OS — and no doubt countless hangers-on that will follow — provides everything they need.