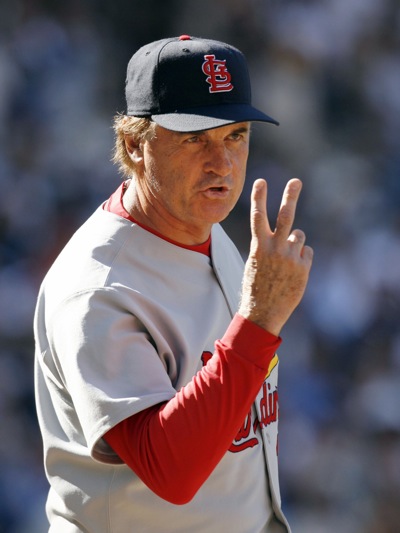 Just to follow up on a story from last month, St. Louis Cardinals manager Tony La Russa has now officially dropped his lawsuit against Twitter. La Russa had been suing the service for someone who was pretending to be him and was seeking ““unspecified damages.” He got none of those, nor will he get anything else from the startup.

No money changed hands in the dropping of the suit. Here’s the goods from the court document:

Pursuant to Rule 41(a)(1)(A) of the Federal Rules of Civil Procedure, Plaintiff Anthony La Russa hereby dismisses with prejudice all claims in this action against Twitter, Inc., with each party to bear its own costs and attorneys’ fees. No payment was made by Twitter to La Russa in exchange for this dismissal.

Here’s why this lawsuit was rather silly. First of all, La Russa was suing Twitter rather than suing the impersonator. Even after Twitter did what it could to stop whoever it was — delete the account. But even better was that La Russa tried to claim just a few days later that Twitter had settled the case and was giving money to his charity in return. One problem: That never happened.

La Russa might actually be lucky that Twitter didn’t come back and sue him for saying that — such a statement could literally open the floodgates for more lawsuits like this if it was implied that Twitter was in the wrong.

But hey, at least all of this helped bring about verified accounts on Twitter. Lest we get another Kanye rant. 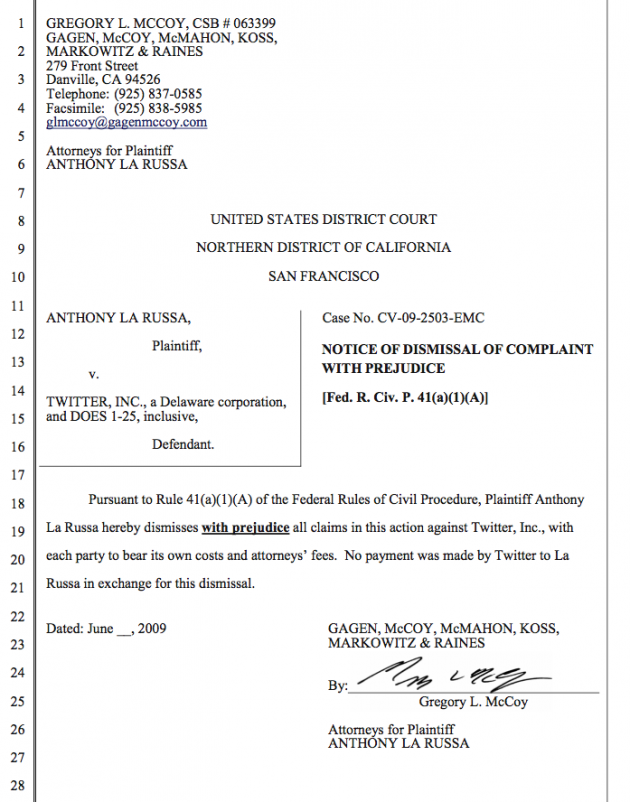