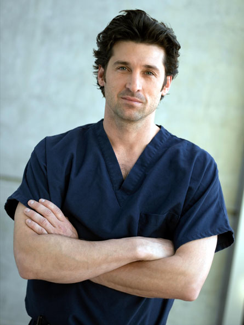 Last April, Hulu made the major announcement that The Walt Disney Company had acquired an equity stake in the online video site. Up until that point, Hulu’s original investors News Corp and NBC were the site’s primary content providers, making for an impressive but still somewhat limited selection. The Disney deal opens doors to an entirely new library of content for Hulu to distribute, ranging from movies from the Disney library to prime-time ABC shows, but for the last two months we’ve had to wait for the catalog to make its way online. Tonight, we’re beginning to see the fruits of the deal.

Beginning this evening Hulu now features Grey’s Anatomy, a very popular prime-time medical drama that’s sure to be a crowd-pleaser. The episode selection for the show is pretty sparse right now — you have five episodes from the most recent fifth season to choose from (with large gaps in between each) but we may well see the selection rotate through the summer. Hulu plans to release more ABC shows over the next two weeks, which will include Desperate Housewives, Ugly Betty, Scrubs, and I Survived a Japanese Game Show.

The news may be just the shot in the arm Hulu needs to carry its strong traffic numbers through the summer. The site had seen very impressive growth all year, in no small part due to its Super Bowl and subsequent star-studded ad campaign. But last month came word that the site’s growth was dropping off, and the number of unique visitors to the site actually decreased between March and April. Hulu hasn’t been around long enough to figure out exactly what to attribute this to — it could well be television’s seasonal surges in popularity or possibly a saturated market. In any case, the site is still extremely popular, but I’m sure they’d like to keep that arrow going up and to the right.