With the news surrounding the implosion of Joost and the startup’s move towards providing white label video platforms for companies, we thought it would be a good idea to check in with one of Joost’s new competitors. As we wrote in our post about Joost’s prospects as a white label video community provider, there is already plenty of competition, including Brightcove, Magnify, and Ooyala.

Brightcove is perhaps the best-known player in the space. But another one which has been relatively successful in creating interactive video sites for brands is Magnify.net. The video hosting and sharing platform, which launched in 2007, is rapidly growing its white label service and is expected to be cash-flow positive by the end of the year, according to co-founder Steve Rosenbaum.

Bicycling.com recently decided to shift from Magnify’s competitor Brightcove to power its platform for original content. The cycling site is launching its Magnify-powered site in conjunction with its coverage of the Tour de France, which starts July 4th. It was attracted by Magnify’s social features, such as the ability to pull UGC videos from sites like YouTube and updates from Twitter. Bicycling.com online editor David L’Heureux plans to integrate Twitter streams onto the platform from cycling all-stars like Lance Armstrong. Magnify also allows the online magazine to aggregate a mix of videos and makes it easy for the site to offer readers external videos and internal media that is created by Bicycling.com.

Additionally, Magnify is creating subject-driven channels, such as IranLive, that aggregates video content around a specific topic and also integrates live Twitter streams with the mentions of that topic. The IranLive Twitter stream has filters that remove any Tweets with derogatory or abusive language.

What does the Joost white-label service do again? 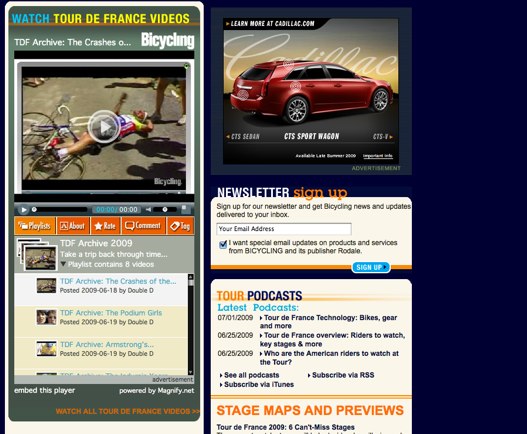 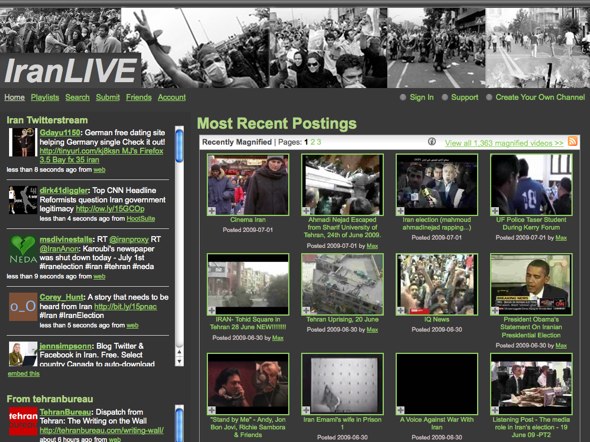